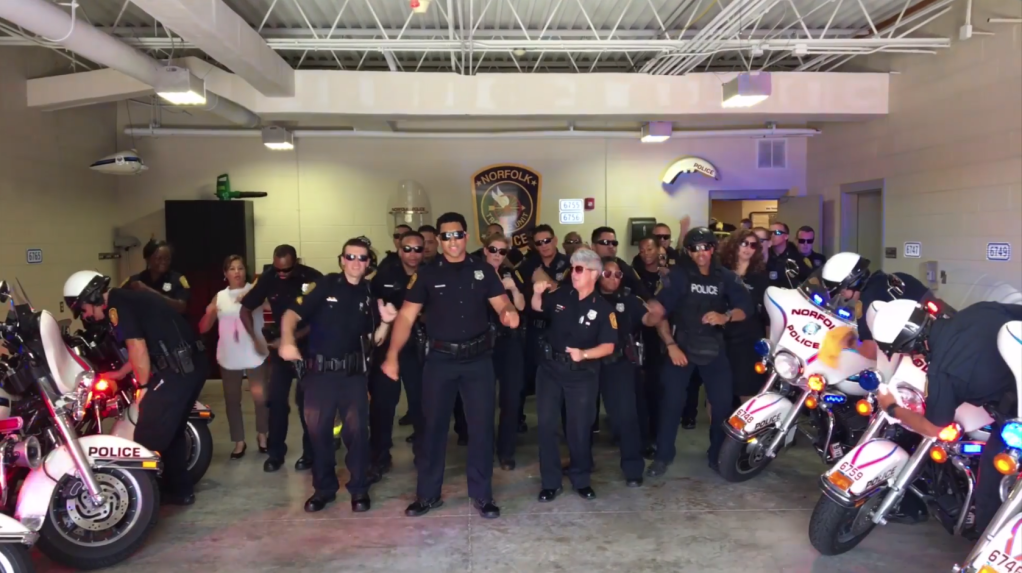 (WSVN) - NORFOLK, Va. (WSVN) — Now this is one internet challenge we can all support.

It all began in Texas, when the Bexar County Sheriff’s Office shared a video of deputy Alexander Mena singing “Fuiste Mala” by the Kumbia Kings on June 19.

Officers who handle social media for the department decided to post Mena’s video, saying he had “a mean lip sync not many can beat.” That prompted other law enforcement agencies to take on the challenge.

Soon lip sync videos of officers in uniform started appearing across social media, featuring agencies from across the country.

#LipSyncBattle continues….this time with one of our own. K9 Quelle let the big dogs out on this one!! The best K9 lip sync yet!!!🐾💙 Good job HOUSTON!! #K9s4COPS #K9s4KIDS #LEOLipSyncBattle pic.twitter.com/r1OVxQ99aR

But the most popular video to date appears to be from the Norfolk Police Department in Virginia, whose rendition of “Uptown Funk” by Bruno Mars has garnered over 16 million views in less than a day. Even more impressive: it was recorded in just one take.

Norfolk Police weren’t the only ones to take on the Bruno Mars hit. Monroe Police in Georgia also chose to show their funky sides with the song.

As for the deputy who started it all, he says he’s glad it shows a positive way for law enforcement and communities to connect.

“People get to see another side of the officers and the not-so-serious side that everybody perceives it to be when you’re talking to an officer or you’re communicating with one,” Mena told ABC News. “It lets the younger generation know that OK, it’s OK to go up to an officer and just say, ‘Hi.’ That way they know that we like to have a good time too.”

We’re still waiting to see officers in Broward and Miami-Dade take on the challenge!