2 critical after crash on I-95 in NE Miami-Dade 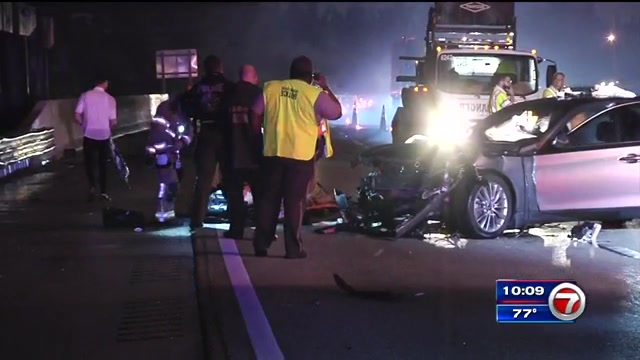 NORTHEAST MIAMI-DADE, FLA. (WSVN) - Rescue crews took two people to the hospital after, officials said, they were involved in a crash along Interstate 95 in Northeast Miami-Dade.

Crews had to extricate one of the victims who was trapped inside the smashed car. Firefighters treated him at the scene.

Paramedics transported both victims to a local hospital, where they are listed in critical condition.

The crash remains under investigation.