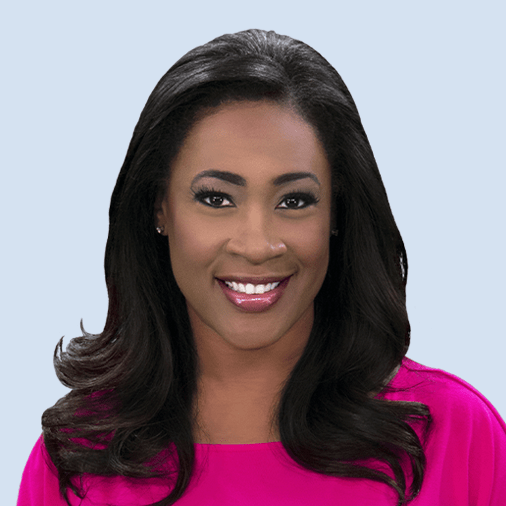 Robbin Simmons returned to WSVN to co-anchor the weekend editions of 7 NEWS at 5, 6, & 10.

Robbin was an anchor/reporter at WDIV-TV in Detroit since 2004. Prior to WDIV, Robbin spent three years at WSVN as a general assignment reporter and was quickly promoted to Saturday morning weekend anchor. During her time at WSVN, she covered everything from the Elian Gonzalez saga, Timothy McVeigh’s execution and the 2000 Presidential election.  Robbin covered the 2009 Presidential Inauguration and in March 2014, traveled to Vatican City for President Obama’s visit to Pope Francis.

A Chicago native, Robbin earned a bachelor’s degree in communication studies from the University of Iowa and a master’s degree in journalism from Northwestern University.

A mother of two, Robbin loves foreign films, traveling, baking and getting to know viewers on social media.