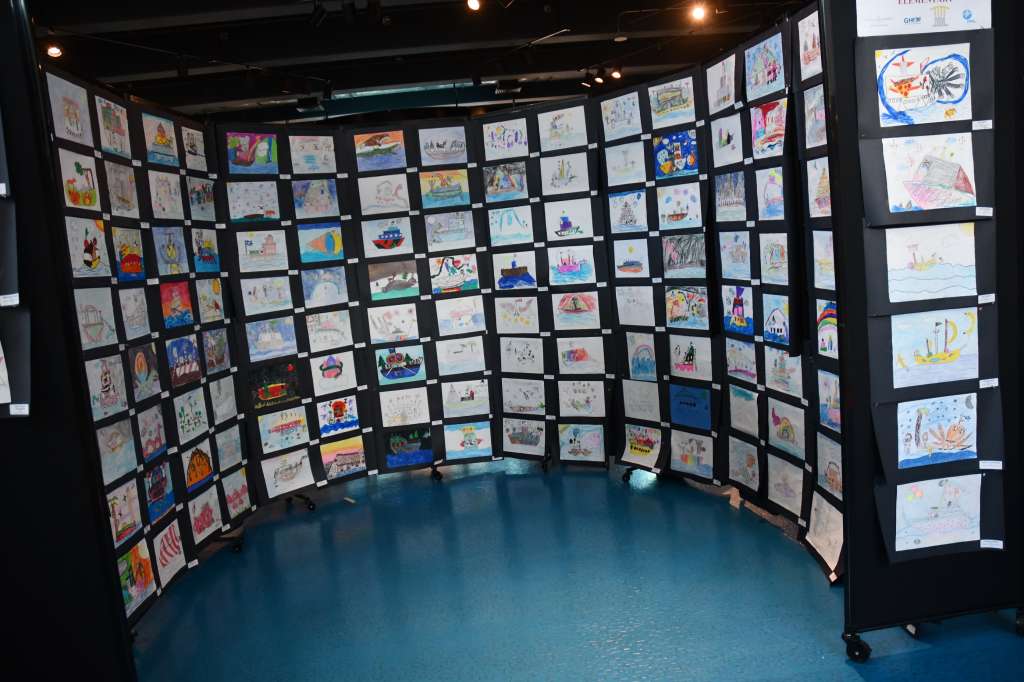 As part of the contest, artwork from those grades was displayed at the Museum of Discovery & Science on Sunday. After the display, there was an awards ceremony underwritten by Broadway producer and children’s author Neil Goldberg.

The Sunday event welcomed all students who participated in the art contest to see their artwork displayed and to also enjoy the museum’s exhibits. Students, their immediate family and teachers were given free admission to the museum.

The judges for the contest were Chairman of the Winterfest Foundation Gerald Angeli, President & CEO of the Museum of Discovery & Science Joseph Cox, Director of Education of the Guy Harvey Ocean Foundation Betty Bergnes and Goldberg. Goldberg chose one of the drawings as the inspiration for the POMP, SNOW & CIRQUEumstance series.

“The Museum of Discovery and Science is looking forward to hosting the Winterfest Foundation Student Art Contest Ceremony and Reception in April,” said Cox. “We celebrate the imaginative young minds that created renderings of fantasy boats for the festival’s annual student art expo held at MODS. Being a judge for the contest is a great challenge each year, as the designs get cleverer and more exciting.”

The first place winner in the kindergarten through first grade category was kindergartner Portland Iager from McNab Elementary School.

“Although art is subjective, I found talent and creativity in the over 1700 student submissions. We were looking for a new costume design through the eyes of a child, which Caitlin Donnelly captured in her drawing,” said Goldberg, the award-winning book by author, Broadway Director, Cirque Dreams founder and judge for the contest. “Our team will now recreate Caitlin’s drawing into a new costumed character, which will premiere for Winterfest and then become part of the POMP, SNOW & CIRQUEumstance musical stage show tour and Broadway.”

During the ceremony the foundation awarded $5,000 in cash and prices, and 29 students were recognized for their talent. The winning artwork was framed and a copy was given to the school courtesy of FPL.