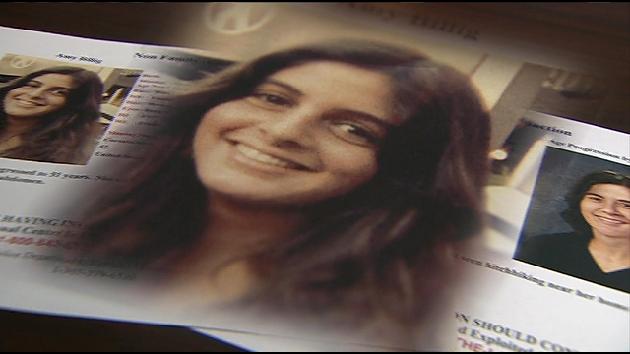 It was 1974. Amy Billig was a 17-year-old girl living with her family in Coconut Grove.

Josh Billig: “She was just sort of a young, kind of hippy-ish girl.”

On that March day nearly 40 years ago, Amy decided to hitchhike to her father’s art store in the Grove. Some workers were the last to see her.

Josh Billig: “We used to hitchhike a lot in those days, and they saw her get in a van.”

Police started searching. A call came in from a tipster.

Josh Billig: “Said, ‘Your daughter is with these bikers. You’ve got to, for her sake, get her out of there.'”

Detectives now believe that Amy was picked up by members of the Pagan’s motorcycle gang, seen here in YouTube videos.

Detective Jack Calvar: “They were not your regular motorcycle club; they were hard core.”

Then in 1996, it seemed like Miami detectives got a break when a woman claimed her husband, one of the Pagan’s bikers, made a deathbed confession to her. Detective Calvar interviewed her

Detective Jack Calvar: “They drugged her with heroin and they raped her and they kept pumping drugs into her system and she overdosed. They decided to chop her up and throw her out in the Everglades.”

Detectives thought the woman was telling the truth, but the case was not labeled ‘solved.’

Detective Andy Arostegui: “I would need verification that she is dead in ways of physical evidence, say, if someone found a bone.”

In June 2005, Susan Billig died without ever knowing exactly what happened to her daughter, without knowing where her daughter was buried, and so she asked Josh to never give up, to keep trying to get the answer.

Josh Billig: “That’s partly why I’m talking to you. It’s always worth trying to keep it, the word out.”

Josh will never give up. Neither will the Miami detectives who keep trying to solve the old case.

Detective Andy Arostegui: “It could happen, absolutely it could very well happen. I have never, ever, ever in my mind said, ‘This is a waste.'”

Forty years have passed. A lot of detectives have searched for answers. One family is still searching for some answers. Someone has them.

Detective Andy Arostegui: “There’s people out there who know. If the story we heard was true, then there was a lot of people there.”

Maybe Amy was killed by the bikers. Maybe it was someone else. A simple phone call can end a nearly 40-year-long search. If you have any information give Miami-Dade Crime Stoppers a call at 305-471-TIPS, and if you have lost a loved one and never want people to forget you are still Out for Justice, give us a call. Patrick Fraser, 7News.