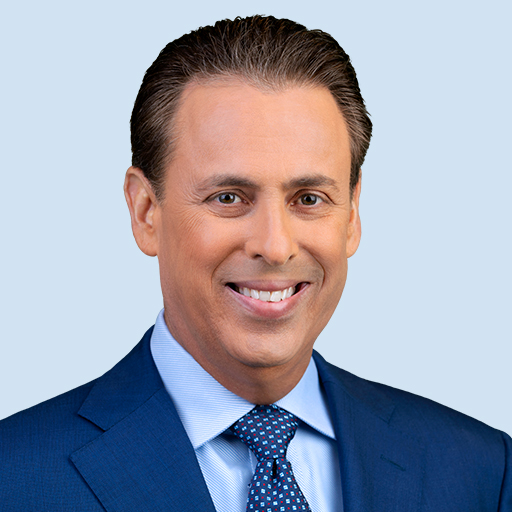 Chief Meteorologist Phil Ferro is responsible for providing you with the latest weather information from watches and warnings to your local forecast.

He spearheads a 4 person staff that keeps an eye on South Florida’s skies,

24 hours a day. You can count on Phil and his team to keep you informed of any threat especially during hurricane season.

Phil, stays on top of the latest developments in the meteorological field by continuously participating in seminars, attending hurricane conferences, and even flying with hurricane hunters.

In 1999, he took part in a history-making mission that flew into a hurricane traveling backwards across the Caribbean. Most systems move west to east, but Hurricane Lenny did something that had never happened in the 113-year Atlantic tropical cyclone record. It was the first storm to have an extended west-to-east track and Phil was there to witness it first hand.

He has completed training from FEMA on community hurricane preparedness, and is constantly taking classes from NOAA to keep his forecasting skills sharp.

Phil joined 7News in 2005, keeping us calm and guiding us through the most active hurricane season on record . Thirty-one systems were spawned in the tropics, two of them impacting us directly, Katrina and Wilma.

Born in Cuba and raised in Miami, Phil has covered South Florida weather and hurricanes for over a decade. He started back in 1995, when he was the lead forecaster at the local Telemundo affiliate, providing the latest storm information to South Florida’s Spanish speaking community.

Education is Phil’s passion. He cares about teaching weather to young minds and helping teachers pass along the wonders of science and meteorology to their students.

Phil has received 2 Emmy nominations for previous Hurricane specials. He holds both National Weather Association and American Meteorological Society Seals of Approval. He is a member of the AMS standing panel of Spanish-language evaluators of the Board of Broadcast meteorology by the AMS commission of Professional affairs. He is also on the NWA board and has been awarded professional development hours from the National Hurricane Center each year since 1995.

His work has been recognized by the Association for Women in Communications South Florida chapter, the Miami Dade County League of Cities, as well as an individual recognition by the City of Hialeah. He works closely with the American Red Cross helping get the message out to prepare in advance of Hurricane season.