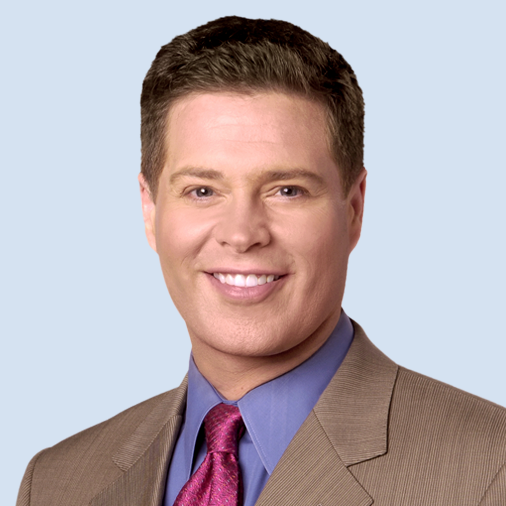 Nothing is more important than your weekend and no one gives you a more accurate weekend forecast than Meteorologist Brent Cameron. He constantly keeps a watchful eye on both sky and beach conditions when you need it most.

When storms threaten, he’ll calmly direct you through the stormy weather and let you know how and when to be prepared. Since south Floridians are often boating, Brent is also mindful of marine weather. Cruise passengers leaving the Port of Miami or Port Everglades can also check Brent’s forecast for the very latest tide information and boating forecast.

Brent was hired at WSVN in the summer of 1999, making for a decade of service in the 7 Weather Center! He clearly remembers preparing for the move to Miami. “A friend told me I had it made,” he recalls, “this job would be in paradise and forecasting would be as predictable as it gets in weather.” Of course, nothing could be further from the truth. Brent quickly realized how many local influences come together to produce tricky weather conditions in south Florida.

Brent’s forecasting experience covers a variety of weather from the mountains to the ocean waters, with lots of volatile flatland in between.

His forecasting career began in western Montana. He was hired as the primary weather anchor for KPAX-TV, Missoula, in 1994. One year later, he jumped to WPTA-TV in Ft. Wayne Indiana, near his hometown of Wabash. There, Brent spent 5 years tracking tornadoes while monitoring wild weather extremes in the Midwest. Then, prior to the new Millennium, the opportunity arrived to move south and Miami became home.

In 2003, Brent made another return to Indiana and joined the largest weather team in the nation, at WTHR in Indianapolis. It included a separate studio which housed a 24-hour weather station called “SkyTrak”. There, thunderstorms and snowstorms were tracked continuously for hours (on-air), from Illinois to Ohio. Several snow events later, Brent missed the warmth and sunshine of Florida and returned to WSVN as weekend evening meteorologist.

Highlights of Brent’s weather career include covering the “Indy 500” Tornado Outbreak of 2004, and Hurricane Wilma in 2005. Both events made an impact by reinforcing his respect for what nature is capable of. Helping people through the big events, as well as the day-to-day stuff, makes it all worthwhile to Brent. He occasionally speaks to south Florida classrooms with that very message. Brent is also a former host of the Children’s Miracle Network Telethon and has donated his time to the Make a Wish Foundation. He’s an avid animal lover and has worked with the Humane Society on various events.

Brent graduated from Ball State University with a major in Telecommunications. While at college, he was a member of Delta Tau Delta Fraternity and elected Student Body President in 1990-1991. He followed-up with a degree in Broadcast Meteorology from Mississippi State University.

Brent is currently a member of the National Weather Association.