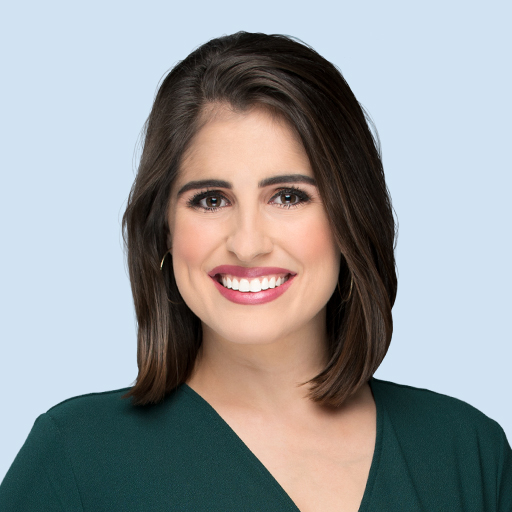 Alex de Armas is an award-winning journalist who joined WSVN in March 2015 as a morning reporter. She was named Today in Florida co-anchor in September 2016.

De Armas is thrilled to be working in her home town.

She was born and raised in Miami. She graduated from the University of Florida with a degree in journalism and from Miami Dade Honors College. She went to high school at Our Lady of Lourdes Academy.

De Armas worked as a general assignment reporter at WBBH in Fort Myers and WCJB TV 20, in Gainesville, Fla.

De Armas was also a reporter and host for Comcast Newsmakers, a community news program that airs on CNN’s Headline News in Florida. She was also a host for Own The Vote, a Comcast series on educating young voters about the 2012 presidential election and politics.

When de Armas is not reporting or watching the news, she enjoys spending time with her family, friends and dogs Coco and Koda. Alex loves having her grandmother’s homemade Cuban meals.

She has been a volunteer for the Make-A-Wish Foundation since 2015.

De Armas is passionate about finding everyone’s story. She has a warm place in her heart for children and strives to motivate and inspire others. De Armas is compassionate and always remembers that people are behind the story she’s telling.

Alex would love to hear from you. Send your story ideas to adearmas@wsvn.com .