The US officially raises the tobacco buying age to 21 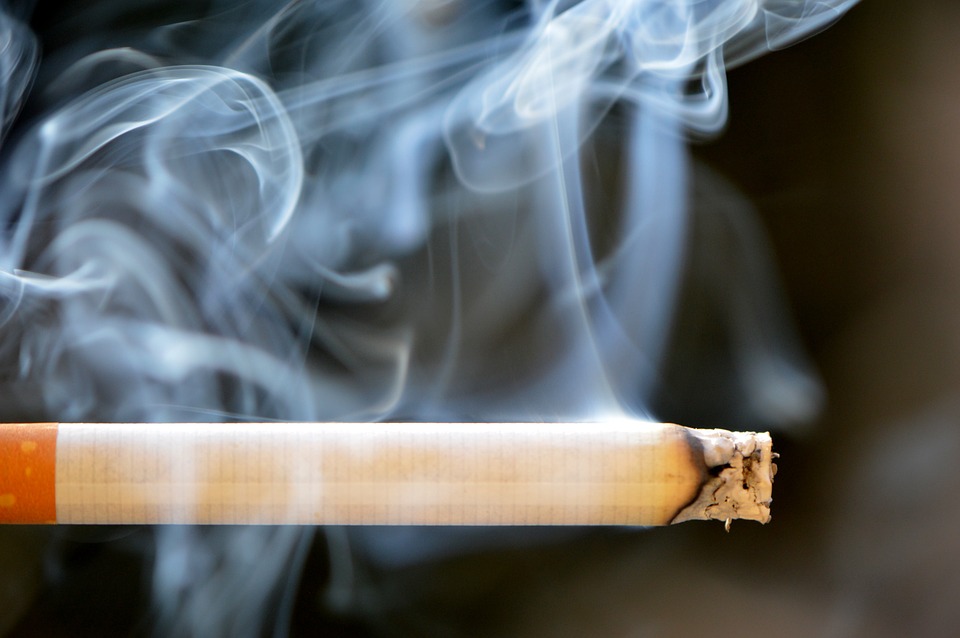 Image by Alexas_Fotos from Pixabay

(CNN) — A new law in the United States that prohibits the sale of tobacco products to anyone under the age of 21 is now in effect, according to the US Food and Drug Administration.

Last week, President Donald Trump signed the new minimum age into law as part of a sweeping spending bill. On Friday, the FDA noted on its website that “it is now illegal for a retailer to sell any tobacco product — including cigarettes, cigars and e-cigarettes — to anyone under 21. FDA will provide additional details on this issue as they become available.”

The increased age restriction for tobacco purchases is one of several provisions outside of the spending measures themselves attached to the broader $1.4 trillion spending agreement.

Trump tweeted last week that the spending agreement “raises smoking age to 21! BIG!” — marking the change as one of its highlights.

The restriction on tobacco sales has long been pushed by a bipartisan mix of senators: Senate Majority Leader Mitch McConnell, a Kentucky Republican; Republican Sens. Mitt Romney of Utah and Todd Young of Indiana; as well as Democrats including Sens. Richard Durbin of Illinois, Tim Kaine of Virginia and Brian Schatz of Hawaii.

Those lawmakers have been looking for a way to get the prohibition across the finish line and now they’ve found one, by attaching it to a must-pass series of bills to avoid a government shutdown.

States that have already raised the minimum age

Raising the legal age to purchase tobacco products in the United States from 18 to 21 marks a major public health achievement for the White House. There already have been several states that have individually passed legislation to raise the tobacco-buying age to 21.

Washington, DC, and more than 500 cities and towns also have raised the age.

Trump has previously spoken in favor of raising the age limit to buy tobacco products, including e-cigarettes and vape products, to 21.

“We have to take care of our kids, most importantly, so we’re going to have an age limit of 21 or so, so we’ll be coming out with something next week very important on vaping,” Trump said while standing outside of the White House in November.

In September, Trump said that the US Food and Drug Administration would put out “some very strong recommendations” regarding the sale of flavored e-cigarettes. At the time, Trump administration officials said the agency would remove all non-tobacco-flavored vaping products from the market.

The announcement came amid continued concerns about rising levels of youth vaping and a mysterious outbreak of vaping-related lung injuries.

Health organizations have pressured the administration to ban flavors, which are popular among young people. Vaping advocates have argued they’re a tool for adult smokers to quit combustible cigarettes. Vape shop owners have argued that limits on sales of flavors would destroy their businesses.

The new provision in the spending bill could be seen by some as the president’s response to the youth vaping epidemic. Vaping remained popular among teens across the United States in 2019.

The latest report from a federal survey, called Monitoring the Future, found that 1 in 4 12th graders, 1 in 5 10th graders and nearly 1 in 10 8th graders say that they have vaped nicotine in the past month.

“We applaud congressional efforts to prohibit the sale of tobacco products to anyone under 21 and urge the President to sign this bill. The Vapor Technology Association has advocated for raising the age to 21 for all tobacco products, including e-cigarettes, and believes, along with the public health groups, that this is the most significant step that can be taken to reduce youth access and use,” Tony Abboud, executive director of the Vapor Technology Association, said in an emailed statement.

“VTA stands ready to continue working with Congress on the many real solutions (rather than a misguided flavor ban agenda), that should be implemented to achieve the twin goals of restricting youth vaping and preserving flavored vapor as an alternative for adults desperately trying to quit smoking,” Abboud’s statement said.

Yet many health and parent organizations have called on the President to do more than raise the legal tobacco-buying age.

Last week, Matthew Myers, president of the Campaign for Tobacco-Free Kids, said in a written statement that raising the federal tobacco age to 21 without also prohibiting flavored e-cigarettes will not stop the youth e-cigarette epidemic.

“Raising the tobacco age to 21 is a positive step, but it is not a substitute for prohibiting the flavored e-cigarettes that are luring and addicting our kids,” Myers said in part.