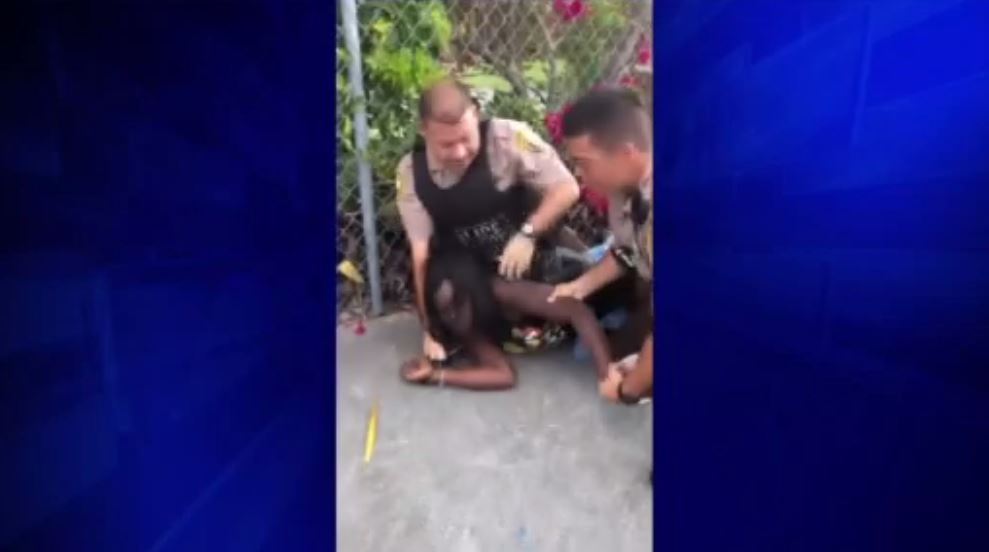 Color of Change and UltraViolet, two activist groups, said they have collected over 50,000 signatures in hopes of pressuring prosecutors to bring charges against Miami-Dade Police Officer Alejandro Giraldo, Tuesday.

“What happened was racist. It was inexcusable, and Officer Giraldo should be held accountable,” said Natalie Green with UltraViolet. “Specifically, he should be prosecuted.”

Giraldo could be seen in a video that went viral aggressively forcing Loving to the ground and placing her in handcuffs.

The incident started after Loving called police because she said a neighbor had pointed a gun at her.

“She basically reached out to police for help,” said Mary Beth Onyeukweu with Color of Change. “Instead of helping her, basically was locked up by police officers and brutally attacked.”

Loving was the one who ended up in cuffs in the back of a police cruiser instead.

“They kept telling me to calm down and stop yelling, but I couldn’t help it,” said Loving.

Loving ended up staying the night in jail, but the charges against her were eventually dropped.

Meanwhile, Frank Tumm, the neighbor who Loving said pointed the gun at her, was arrested.

A statement from the Miami-Dade County State Attorney’s Office said, “As prosecutors, we always appreciate receiving public input, particularly input that may be supportive of potential victims of crime. The officer has been notified that our decision is imminent and will be announced next week.”

Officer Giraldo has since been relieved of duty, but the activists said that’s not enough.

“The nation is watching. We will not stay silent when black women are hurt by police,” said Green.

The activists said the signatures they collected are from across the country and added that South Florida also had a very strong input.