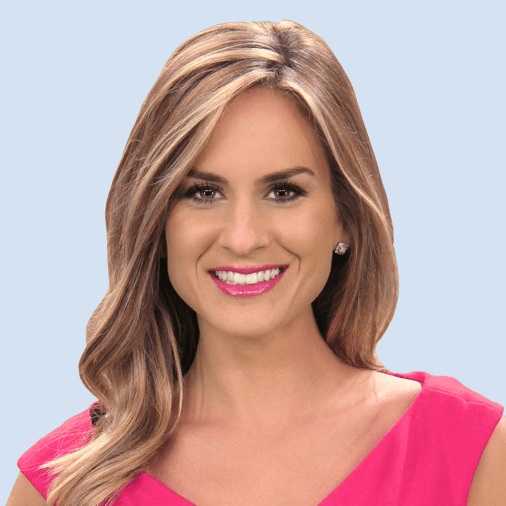 Lorena Estrada joined WSVN in January 2014. She is honored to serve as weekend morning anchor and general assignment reporter in her hometown.

The Miami-native began her career at WVLT (CBS) in Knoxville, TN as weekend anchor and reporter. A month after graduating from Florida International University with a double major in Journalism and Sociology, Lorena packed her bags and moved to East Tennessee. She called Rocky Top home for nearly four years.

At WVLT, Lorena covered a wide-range of stories from the 2011 tornadoes that devastated the community, the 2012 Presidential Campaign to undocumented immigrants fighting deportation. Lorena also became involved with East Tennessee’s Centro Hispano, a local non-profit organization serving the hispanic community.

Lorena continues to cover it all at WSVN.

Born to a Greek mother and Nicaraguan father, Lorena speaks Spanish and Greek. She developed a passion for news and travel at a young age while traveling the world with her family. She grew up visiting her parents’ native countries as well as Venezuela where her mother was raised.