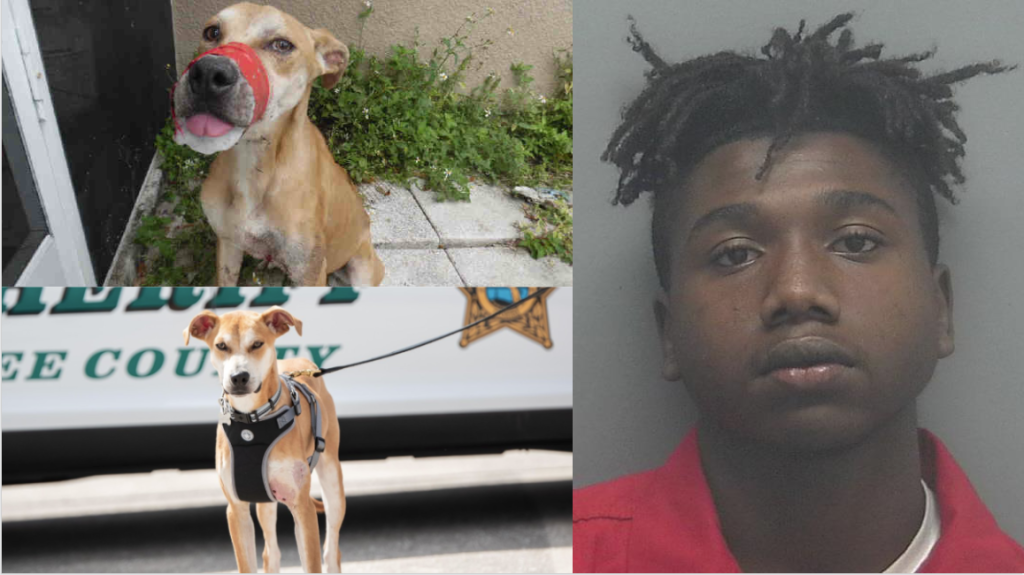 LEHIGH ACRES, Fla. (WSVN) — Florida deputies have arrested a man accused of wrapping tape around the snout of a dog who went on to become a member of the Lee County Sheriff’s Office.

Thompson is accused of taping up the mouth of a Florida Cur and leaving him to die. The canine was eventually found and taken into the care of the Sheriff’s Office, who named him Chance and deputized him.

Chance now serves as a “Pets on Patrol Spokes-dog” for the office.

Marceno said a combination of fingerprints found on the tape, along with a tip from Crime Stoppers led to Thompson’s arrest.

Thompson has been charged with aggravated animal cruelty and is being held in the Lee County Jail.

Marceno used Thompson’s arrest as a warning to other abusers out there.

“Over 70% of the people who hurt animals, will eventually abuse a human being. If you hurt an animal in this county, you will go to jail,” he said.

Online records show that Thompson is being held on a bond of $5,000.