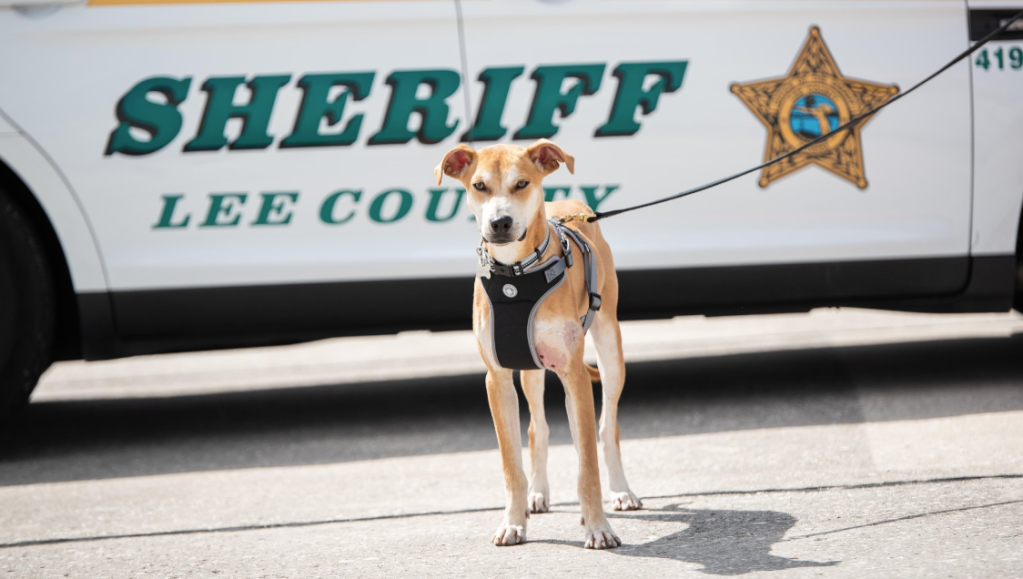 FORT MYERS, Fla. (WSVN) — A dog found with his mouth taped shut has officially made his debut as a deputy for a Florida Sheriff’s Office.

Chance, a Florida Cur who was found wandering with his mouth taped shut, made his first appearance Saturday as a deputy for the Lee County Sheriff’s Office during a ribbon-cutting ceremony for a new roller skating center in Fort Meyers.

From there, Chance went to a teen driver challenge being hosted by the sheriff’s office.

The Sheriff’s Office said Chance is serving as a “Pets on Patrol Spokes-dog” for the agency’s Community Relations Bureau when he’s not residing at home with his “official” adopted parents.