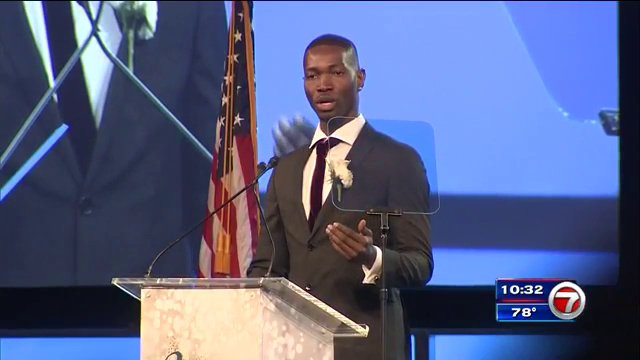 FORT LAUDERDALE, FLA. (WSVN) - An Oscar winner was among several South Florida leaders who were recognized, Wednesday night, for their contributions to building stronger communities.

The 2017 African-American Achievers Awards was handed out at the Broward County Convention Center in Fort Lauderdale.

One of the recipients was playwright Tarell McCraney, whose unproduced play was the basis for the made-in-Miami film “Moonlight.” McCraney won a Best Adapted Screenplay Academy Award, alongside writer-director Barry Jenkins, for his work on the film.

Dr. Anthony Lockhart delivers an awesome acceptance speech that has everyone on their feet! Thank you Dr. Lockhart! Represent! pic.twitter.com/JfWyKG9vW5

The annual event was established in 1992 by automotive legend Jim Moran.