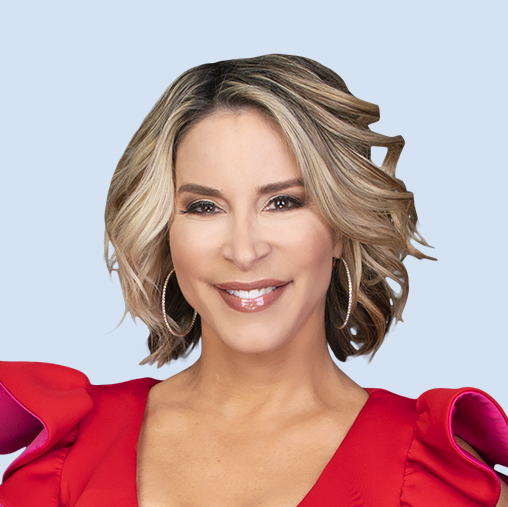 Martinez came to WSVN in 1991 as a co-anchor of TODAY IN FLORIDA, WSVN’s # 1 rated morning news program and general assignment reporter. One of a trio of anchors in the morning, Martinez quickly rose through the ranks and was promoted to weekend anchor. Two years later, she moved to her current assignment on the weeknight news. In 1998, she began co-hosting Deco Drive, the half-hour news magazine show known for celebrity news and the latest on the South Florida entertainment circuit.

Martinez began her broadcasting career in 1989 at the CBS affiliate in Cadillac, Michigan, where she served as an anchor and producer.

During her 25 years at WSVN, Martinez has covered the inauguration of President Bill Clinton, was one of the first U.S. reporters to cover the atrocities in Bosnia, traveled to Holland after the murder of a German tourist in Miami, and went to Rome to cover the Pope. She was also featured on the Fox program “America’s Most Wanted” on a story about how to survive a carjacking. She’s covered numerous hurricanes including Andrew in 1992 and Wilma in 2005.  She also interviewed President Barack Obama  2011.

Martinez won an award for a series on organ donation called “Dying for an Organ,” and was nominated for an Emmy for her coverage of Hurricane Andrew.

Martinez has a master’s and bachelor’s degree in journalism from “Webster University” in St. Louis, Missouri. She is married and has two children.