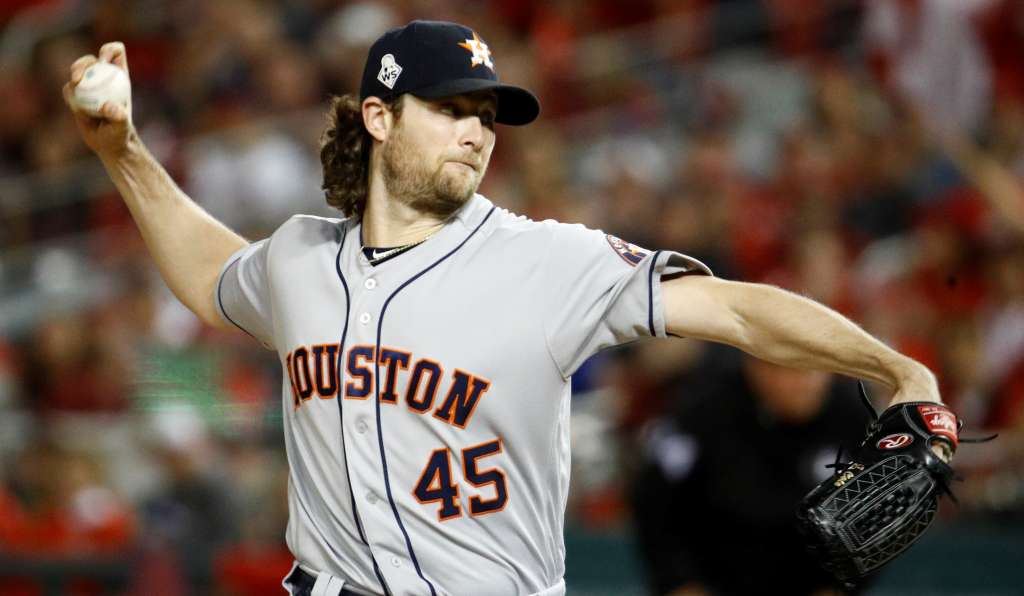 (CNN) — Major League Baseball is cracking down hard on two women who flashed their breasts on TV during Game 5 of the World Series Sunday night in Washington.

The women, identified as Julia Rose and Lauren Summer, are banned indefinitely from “all stadiums and facilities,” according to a letter delivered to them by hand and signed by David Thomas, MLB vice president of security and ballpark operations.

MLB spokesman Mike Teevan confirmed to CNN the legitimacy of the letter, which was posted by the women on social media.

Rose and Summer were a few rows behind home plate when they raised their shirts and exposed themselves during the seventh inning as Houston Astros pitcher Gerrit Cole was getting ready to pitch.

Cole stepped off the mound, although it is unclear whether he did so because of the women’s antics.

The stunt was visible on Fox’s live broadcast, and the two women were removed from the ballpark following the incident.

CNN has reached out to the two for comment.

“On October 27, 2019, you attended World Series Game 5 at Nationals Park in Washington, D.C.,” Thomas wrote. “During the game, you violated the fan code of conduct by exposing yourself during the seventh inning in order to promote a business. You were also part of a scheme in which you induced others to expose themselves to promote the business. You are hereby banned from all Major League Baseball stadiums and facilities, indefinitely.”