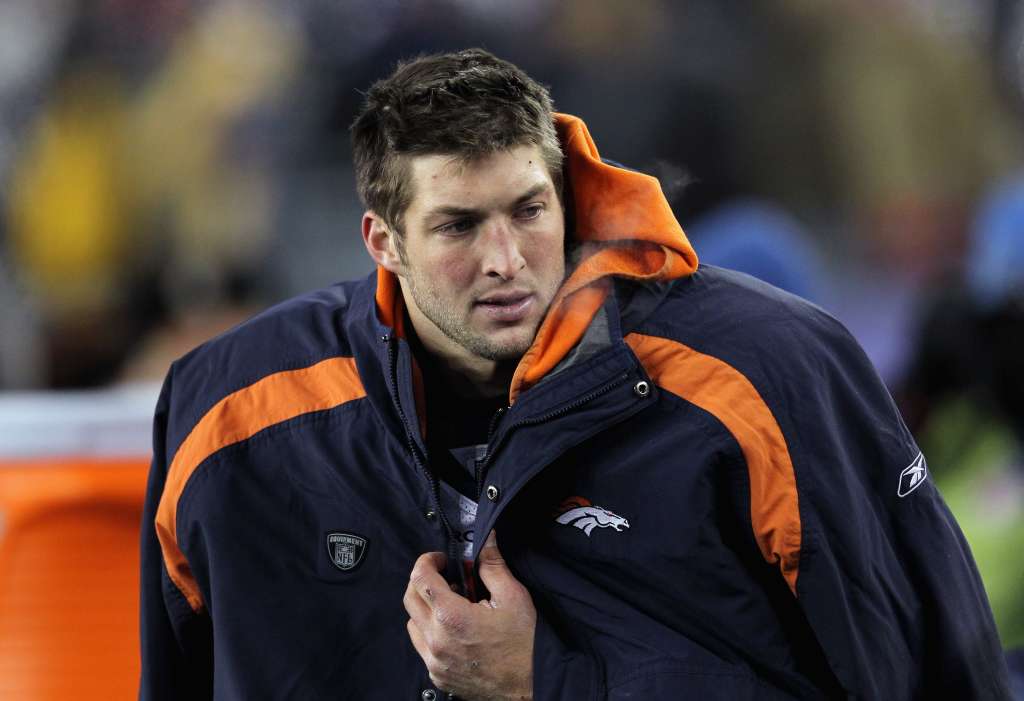 FOXBORO, MA - JANUARY 14: Tim Tebow #15 of the Denver Broncos looks on against the New England Patriots during their AFC Divisional Playoff Game at Gillette Stadium on January 14, 2012 in Foxboro, Massachusetts. (Photo by Jim Rogash/Getty Images)

The 2007 Heisman Trophy award winner will reunite with his former college coach Urban Meyer in Jacksonville, where he will transition to tight end.

“I want to thank the Jaguars for the opportunity to compete and earn the chance to be part of this team,” Tebow said in a statement.

“I know it will be a challenge, but it is a challenge I embrace. I am dedicated to taking the direction of our coaching staff and learning from my teammates. I appreciate everyone’s support as I embark on this new journey.”

Tebow, 33, last played in the NFL in a preseason game in 2015 before switching to pursue a broadcasting career and then spending some time on MLB’s New York Mets minor league system from 2016 to 2019.

A two-time national champion with the Gators, Tebow was selected in the first round of the 2010 NFL Draft by the Denver Broncos, where he played for two seasons.

The Jacksonville native played a total of 35 games in his first stint in the NFL, where he played with the Broncos, the New York Jets and brief stints with the New England Patriots and Philadelphia Eagles.