Novak Djokovic says he will compete in Tokyo Olympics, meaning the Golden Slam is still in play 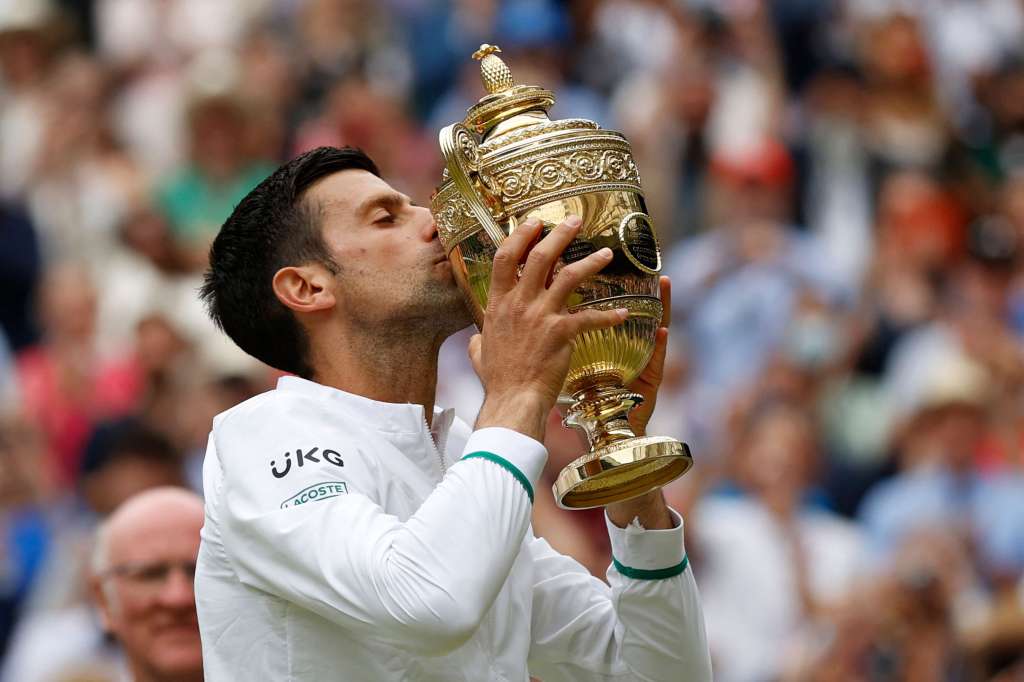 TOPSHOT - Serbia's Novak Djokovic kisses the winner's trophy after beating Italy's Matteo Berrettini during their men's singles final match on the thirteenth day of the 2021 Wimbledon Championships at The All England Tennis Club in Wimbledon, southwest London, on July 11, 2021. (Photo by ADRIAN DENNIS/AFP via Getty Images)

(CNN) — World No. 1 Novak Djokovic announced on social media on Thursday that he will compete in the Tokyo Olympics.

“I booked my flight for Tokyo and will proudly be joining #TeamSerbia for the Olympics,” Djokovic said in a tweet.

Djokovic, who has won the Australian Open, the French Open and Wimbledon this year, has the chance to become the first man to win a so-called Golden Slam should he win the singles gold medal in Tokyo and later the US Open in New York. The only tennis player to have won all four majors and Olympic gold in a calendar year is Steffi Graf, when she accomplished the feat in 1988.

Following winning Wimbledon, Djokovic had put himself at “50-50” on competing in the Olympics, citing the lack of spectators as well as the strict Covid-19 restrictions.

Djokovic is tied with Roger Federer and Rafael Nadal for the most major singles titles in men’s tennis, with 20.

The Olympics are scheduled to start July 23. The US Open is scheduled to be held August 30 through September 12 in New York.