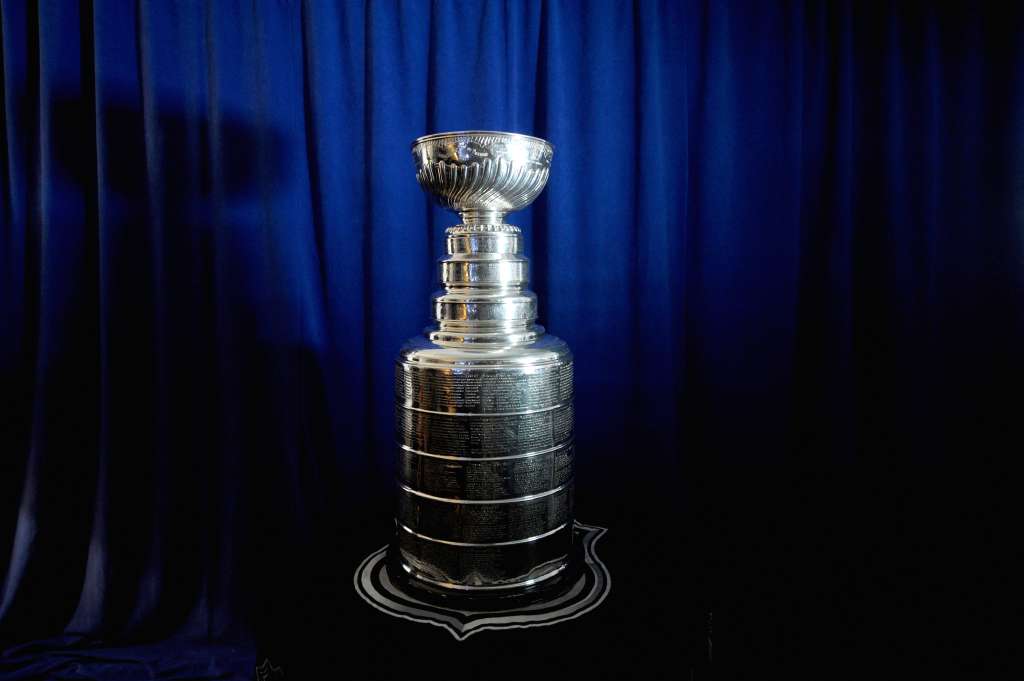 (CNN) — The name of former Chicago Blackhawks video coach Brad Aldrich has been removed from the Stanley Cup, a Hockey Hall of Fame spokesperson told CNN on Wednesday.

According to the spokesperson, Aldrich’s name was “X’d out” on Sunday when the names of the members of last season’s Stanley Cup Champions, the Tampa Bay Lightning, were engraved on the trophy.

CNN has reached out to the Blackhawks for comment.

Last week the Blackhawks owner Rocky Wirtz asked the hockey hall to write X’s over Aldrich’s name, saying his conduct had disqualified him.

A third-party investigation commissioned by the NHL said Aldrich had engaged in sexual misconduct while he was with the Blackhawks in 2010.

A 107-page report from the law firm that conducted the investigation said a Blackhawks prospect called up for the playoffs alleged Aldrich sexually assaulted him, while Aldrich said the encounter was consensual.

The player was not named in the report but Kyle Beach, a former first-round draft pick, has said it was him.

Last week Beach, when asked for comment about Wirtz’s request, said through his attorney: “I am happy to see the Stanley Cup will be returned to the icon of honor and determination that it was intended to be by removal of Brad Aldrich’s name although it has taken 10 years to get to this point, it feels good to know that this is being accomplished.”

CNN has reached out to Aldrich for comment several times but hasn’t received a reply.

Aldrich left the Blackhawks in 2010 and went on to work with USA Hockey, the University of Notre Dame and Miami University in Ohio, according to the report. He also worked at Houghton High School in Houghton, Michigan, where he was arrested and pleaded guilty to fourth-degree criminal sexual conduct with a minor in 2013.

No criminal charges have been filed against him for the 2010 allegations.

Beach now plays in Germany and has filed a lawsuit against the Blackhawks.

The National Hockey League has fined the Blackhawks $2 million for what the league described as “the organization’s inadequate internal procedures and insufficient and untimely response” relating to the team’s handling of alleged incidents of sexual misconduct involving Aldrich.

The Stanley Cup is awarded to the NHL champions and the names of members of each winning team are engraved on the trophy. Every 13 years a band of winners is removed and displayed in the Hall of Fame. The most recent of the five current bands starts with the 2017-2018 Washington Capitals.

Wirtz wrote, “The names of some of hockey’s most talented athletes appear on the Stanley Cup. But so does the name ‘Brad Aldrich’, whose role as video coach made him eligible for the engraving. His conduct disqualified him, however, and it was a mistake to submit his name.”

In the letter, Wirtz noted a previous example when a name was struck from the Cup. The former owner of the Edmonton Oilers Peter Pocklington had his father’s name etched onto the Cup despite not having a role with the team. Basil Pocklington’s name was later X’d over.

“That decision, among others, reflects the Cup’s storied history of engraving mistakes and errors that have ended up enshrined in silver, or been corrected after the fact,” Wirtz said.