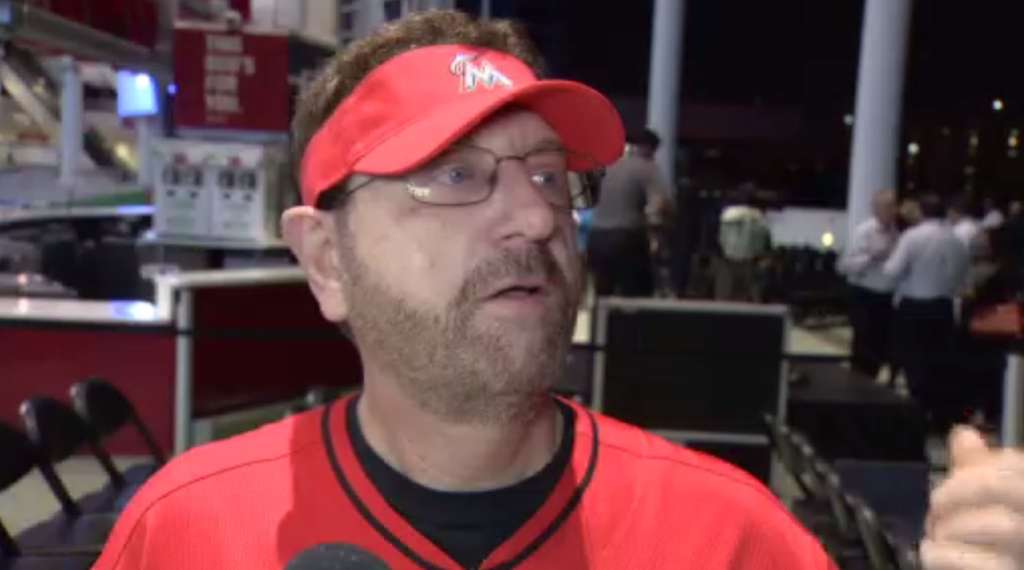 MIAMI (WSVN) - The well-known South Florida sports fan known as “Marlins Man” says he will not be attending Marlins games for the first time in 25 years.

According to ESPN, Laurence Leavy said he could not come to terms with the Marlins on the cost of season tickets and will not attend home games this season.

Negotiations reportedly stalled over the course of the offseason once the Marlins gained new ownership by Derek Jeter. Leavy reportedly offered the team $200,000 for three years of four Diamond Club seats behind home plate, but the Marlins wanted a higher amount.

Leavy told ESPN that Marlins representatives attempted to discuss a deal but insulted him.

Last season, Leavy said he paid $250 per ticket per game for his seats. The Marlins recently offered $260 for those seats over three years.

“I have been a full season-ticket holder since the first year 25 years ago in 1993, and I don’t know anybody else who spent as much money on the Marlins for tickets as I have in the last 25 years,” Leavy said. “While they asked us to be loyal to them and faithful and patient, they are not faithful and loyal to us.”

Leavy added he does plan on attending the Marlins-Yankees series in New York. He also told ESPN that he will consider wearing the jersey of another team that is more appreciative of his fandom.