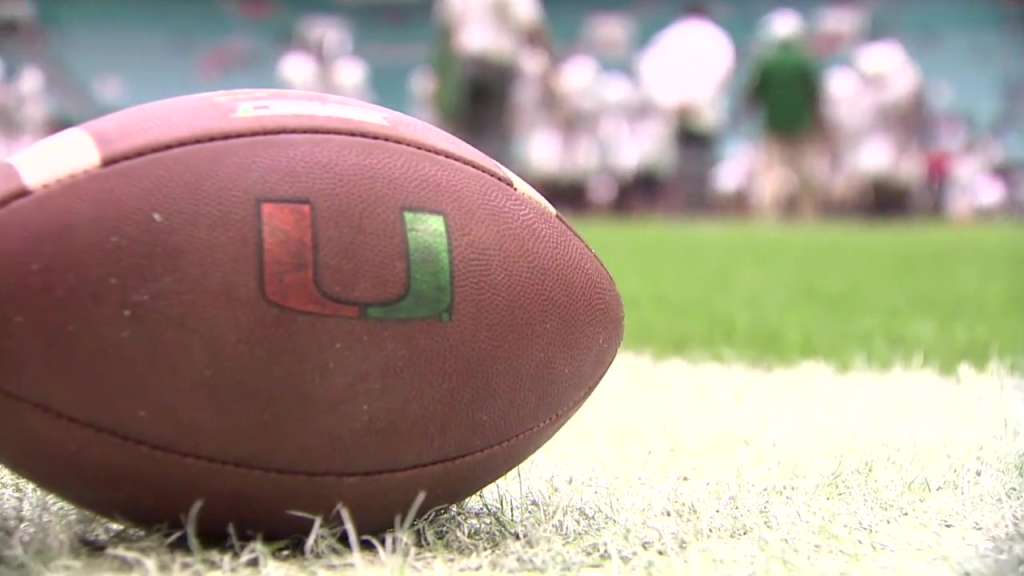 CHAPEL HILL, N.C. (AP) — Sam Howell threw of two touchdowns and ran for two more as North Carolina held off Miami, 45-42, sending the Hurricanes to their worst record at the midway mark of a season in more than two decades.

Miami was in position to tie or win when reaching the North Carolina 16-yard line in the final minute, but linebacker Cedric Gray intercepted a tipped pass with 6 seconds left.

Ty Chandler ran for two touchdowns for the Tar Heels (4-3 3-3 Atlantic Coast Conference) in a matchup of two teams that began the season in the Top 15, but are trying to gain traction midway through the season.

The Hurricanes (2-4, 0-2) are 2-4 for the first time since 1997 when they were on NCAA probation and stuck with scholarship limitations.

Howell was 17 for 26 for 154 yards in the air with an interception while running for 98 yards on 17 carries. Chandler gained 104 yards on the ground on 18 attempts.

Miami nearly erased an 18-point deficit, pulling within 38-34 before stalling in North Carolina territory early in the fourth quarter. Then the Tar Heels drove 58 yards for a touchdown, aided by 30 yards on Miami penalties.

Freshman Jaylan Knight ran for two Miami touchdowns, including a 4-yard run to cap a 97-yard drive with 3:08 remaining that was followed by a successful two-point conversion pass play.

The Hurricanes, after using all their timeouts, regained possession at the 2:46 mark and picked up 56 yards before the interception.

Miami used Tyler Van Dyke, who made his third career starter and first away from home, at quarterback just days after it was announced that D’Eriq King would be lost to season-ending shoulder surgery.

Van Dyke, who was 5 for 15 and picked off twice in the first half, finished 20 for 45 with 264 yards with a touchdown and three interceptions.

Miami: The Hurricanes don’t seem equipped to overcome much adversity and they encountered more of it in their first true road game of the season. Miami lost team rushing and scoring leader Cam’Ron Harris to a lower-body injury on the first drive of the second half.

North Carolina: Receiver Josh Downs has scored on a touchdown reception in every game this season, including the team’s first TD on a 45-yard play Saturday. He has an eight game TD streak dating to last season. He made 10 of his 11 receptions in the first half, ending up with 96 yards.

Miami is home against No. 22 North Carolina State on Saturday.

North Carolina has a bye week before traveling to Notre Dame on Oct. 30.