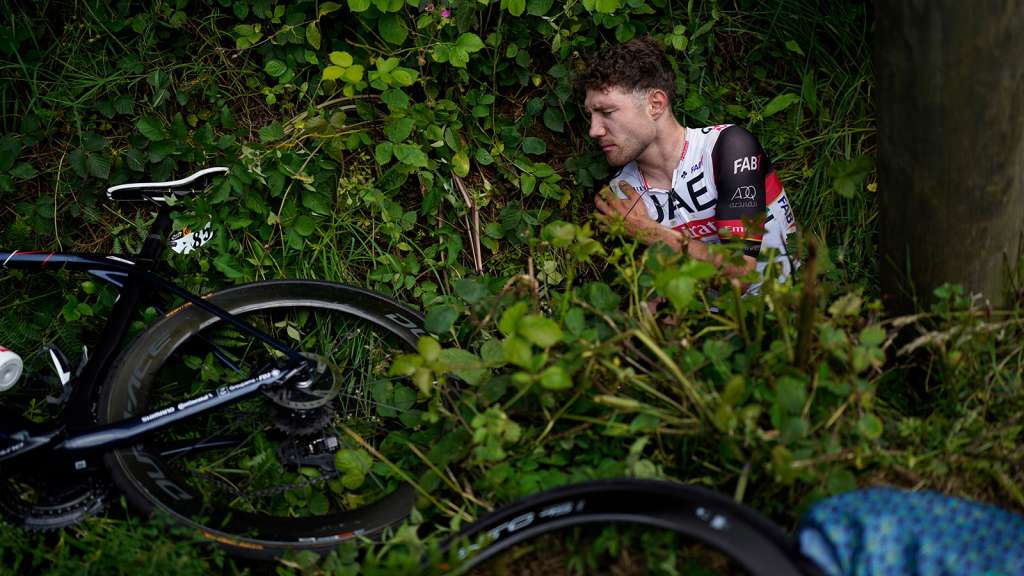 (CNN) — From their competitors to managing energy, Tour de France riders have plenty to worry about on the streets.

So, when a fan encroached onto the roads, it had predictably disastrous effects.

During the first stage of the famous cycling race, a fan stepped in front of the racing pack holding a cardboard sign, appearing to display a message for the television cameras.

With not enough time to get out the way, German cyclist Tony Martin collided with the spectator, leading to a domino effect involving a large number of riders.

It led to the first withdrawal of the race as Jasha Sütterlin of Team DSM was forced to pull out with an injury.

The 2012 Tour de France winner Bradley Wiggins said he had no sympathy for the fan involved.

“They’re part and parcel of the spectacle of the Tour de France,” he told Eurosport. “And this year, in particular, being able to come back onto the route and watch it. I don’t know how you police it.”

The crash affected the race massively, with it taking almost 25 kilometers for the peloton to fully regroup.

It was the first of two major crashes during the stage, with the second 8km from the end involving four-time champion Chris Froome and many others.

Julian Alaphilippe sprang a surprising late charge to go onto win the first stage as he takes the first yellow jersey.