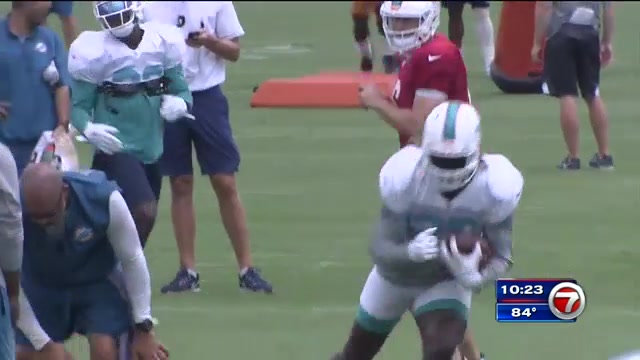 DAVIE, Fla. (AP) — A person familiar with the situation says the Miami Dolphins will practice next week in California in advance of their Sept. 17 game against the Los Angeles Chargers, a decision made in response to the expected wrath of Hurricane Irma.

The team was finalizing its plans Friday, said the person who spoke to The Associated Press on condition of anonymity because neither the team nor the league had publicly revealed the decision.

The Dolphins were to open their season Sunday at home against Tampa Bay, but that game was moved to Week 11 because Florida is expected to be squarely in Irma’s path. The powerful hurricane is expected to continue affecting the state throughout the early part of next week, and possibly longer.