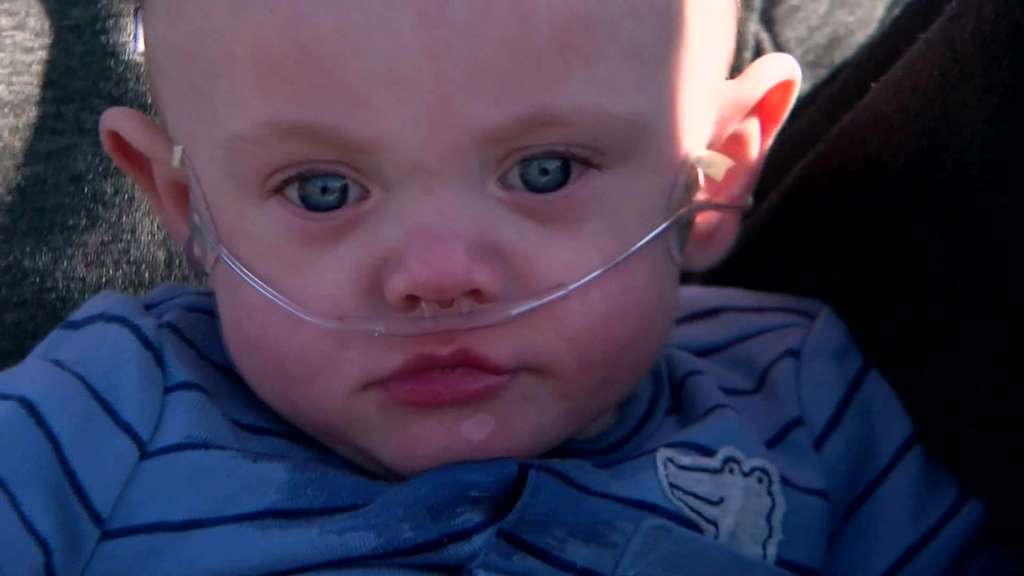 (CNN) — A baby born weighing less than a pound has beaten the odds and celebrated his first birthday, becoming the most premature baby to survive, according to Guinness World Records.

When Richard Scott William Hutchinson was born five months prematurely — recognized by Guinness as the world’s most premature baby — his doctors prepared his parents for the worst.

Richard was born at Children’s Minnesota hospital in Minneapolis, Minnesota, after his mother, Beth Hutchinson, suffered medical complications that caused her to go into labor.

Born 131 days prior to the expected due date and weighing just 11.9 ounces, Richard was so tiny his parents could hold him in a single palm of their hands, Guinness said.

“When [his father] Rick and Beth received prenatal counseling on what to expect with a baby born so early, they were given a 0% chance of survival by our neonatology team,” Dr. Stacy Kern, Richard’s neonatologist at Children’s Minnesota, told Guinness World Records.

“I knew the first few weeks of Richard’s life would be very difficult, but I felt that if he could make it through that, he would be a survivor.”

Due to the coronavirus pandemic, Richard’s parents were unable to stay overnight with him at the hospital, and his other family members couldn’t visit him either.

So the parents traveled daily from their home in St Croix County, Wisconsin to Minneapolis, according to Guinness.

“We made sure we were there to give him support,” Rick told Guinness World Records. “I think that helped him get through this because he knew he could count on us.”

Rick and Beth Hutchinson did not reply to CNN’s request for comment.

In December 2020, after spending more than six months in the hospital, Richard was able to go home with his family.

“The day Richard was discharged from the NICU was such a special day. I remember picking him up out of his crib and just holding him with tears in my eyes,” Kern said.

On June 5, the lucky baby got to celebrate his first birthday surrounded by family and their three dogs.

“It doesn’t feel real,” Beth said about Richard breaking the record. “We’re still surprised about it. But we’re happy. It’s a way we can share his story to raise awareness about premature births.”