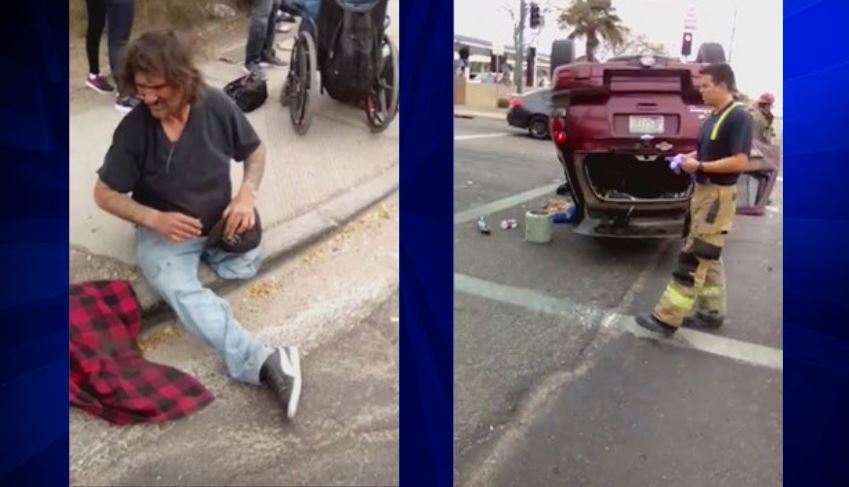 PHOENIX (WSVN) — A wheelchair-bound man rushed to the rescue of several victims trapped in a car after a bad accident in Arizona.

According to Fox 10, Angel Newman joined the amputee and several other bystanders to help in the victims in the immediate aftermath of a rollover car crash. After safely rescuing the people inside the car, Newman began recording on his cell phone to show the unidentified man sitting on the curb while letting one of the crash victims rest in his wheelchair.

“He jumped out of his wheelchair, with one leg, and he climbed into that car after we busted the windows. I think it might have been him that cut the seatbelts, but he was back there pulling the people out of the car,” Newman told Fox 10.

As he recorded the scene, Newman narrated what he had witnessed.

“This man right here is a hero,” he can be heard saying in the video. “This accident just happened. Upside down car, three people stuck in it, this car too. This man jumped inside the truck, busted the windows. We were all here, but this man broke the windows. Thank God and thank this man.”

According to Fox 10, a man, woman and 14 year-old boy were all involved in the crash. All are reported to be doing OK.

Newman said he has been searching the area for the man, hoping to thank him for his selfless act.