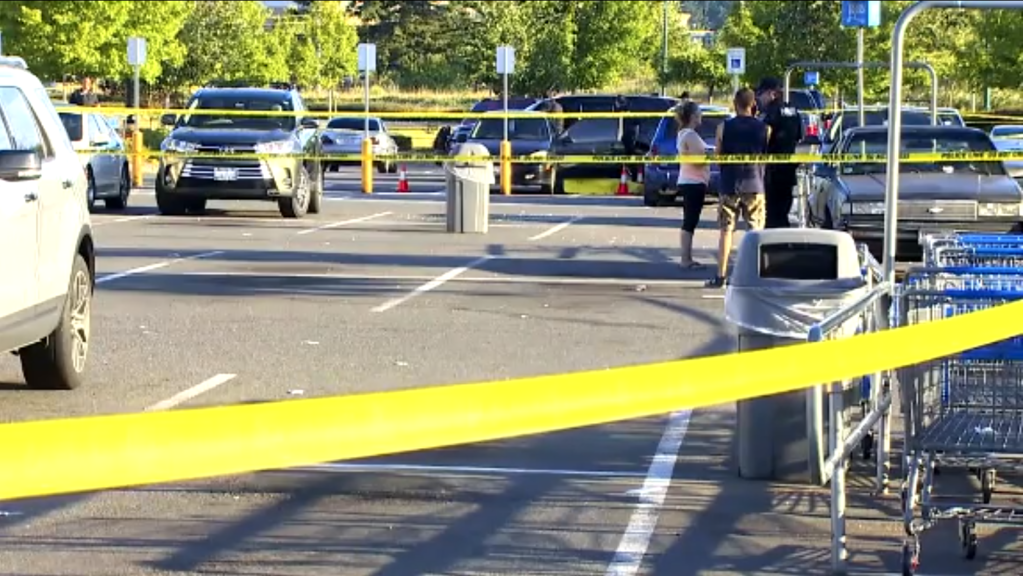 (CNN) — An armed civilian intervened and fatally shot a suspect who police said had shot two people and was attempting an armed carjacking in a Walmart parking lot in Olympia, Washington, on Sunday.

The civilian was praised as a hero customers including Brian Adams, who saw the dramatic confrontation. “He is a hero,” Adams told CNN affiliate KOMO. “I really think more people could easily have been shot with what this guy was doing. He was just — there were several shots.”

The incident began on Sunday afternoon around 5 p.m. when the suspect, an unidentified male, first shot and wounded a 16-year-old girl while stealing her vehicle, according to the Tumwater Police Department.

She received non-life-threatening injuries, and was treated at the scene by the Tumwater Fire Department, police said. Her stolen vehicle was discovered in a parking lot near the store, according to police.

Shortly after, Thurston County received multiple calls of shots fired in or around an area Walmart store. The same suspect from the earlier shooting and carjacking incident entered the Walmart, fired shots at a display case, and then left the store, Tumwater Police said.

In the Walmart parking lot, the suspect shot an adult male and tried to carjack his vehicle, police said. That gunshot victim was airlifted to an area hospital and is in critical condition, according to police.

The suspect then attempted to carjack another person in the parking lot when he was approached by two armed civilians. One of the two shot the suspect, killing him, police said.

No customers or employees inside the Walmart were injured in the shooting, according to authorities. Police said there are no other suspects in the carjacking incidents or reported shootings.

Police have not released the identities of the armed civilians or the suspect. Megan Chadwick, a bystander who huddled with her four children during the shooting, praised the actions of the men who confronted the suspect.

“Those men who stood up, they are heroes to me,” she told KOMO.