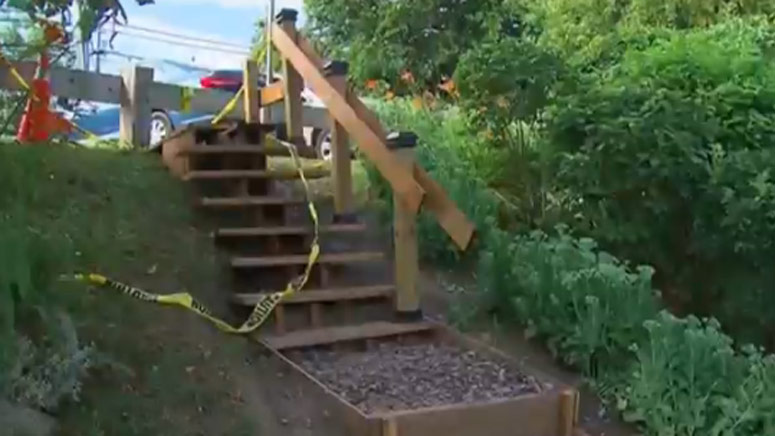 TORONTO (WSVN) — A Canadian man is getting viral attention worldwide after he took on the project of building a staircase for his park after the city told him it would be too expensive.

Community members asked the city of Toronto for a staircase to be built over a small hill at a park so people could reach the public garden. They told the city that people trying to navigate the hill had been injured, with one woman falling and breaking her wrist. Toronto leaders said building eight steps would cost between $65,000 and $150,000.

“I thought they were going to put an escalator in there or something,” said Adi Astl.

Astl decided to take matters into his own hands. After putting money together, he built his own staircase for $550.

City inspectors were recently called in and told Astl the staircase would have to come down because the railing was unstable and there was no foundation. However, people who use the staircase said they like it.

Toronto Mayor John Tory acknowledged the original price tag for the stairs was not realistic and said his staff has been asked to revisit the project. He did not comment on plans to remove the stairs that Astl built.