There are at least 200 known cases of the Delta Plus coronavirus variant worldwide. Here’s what we know 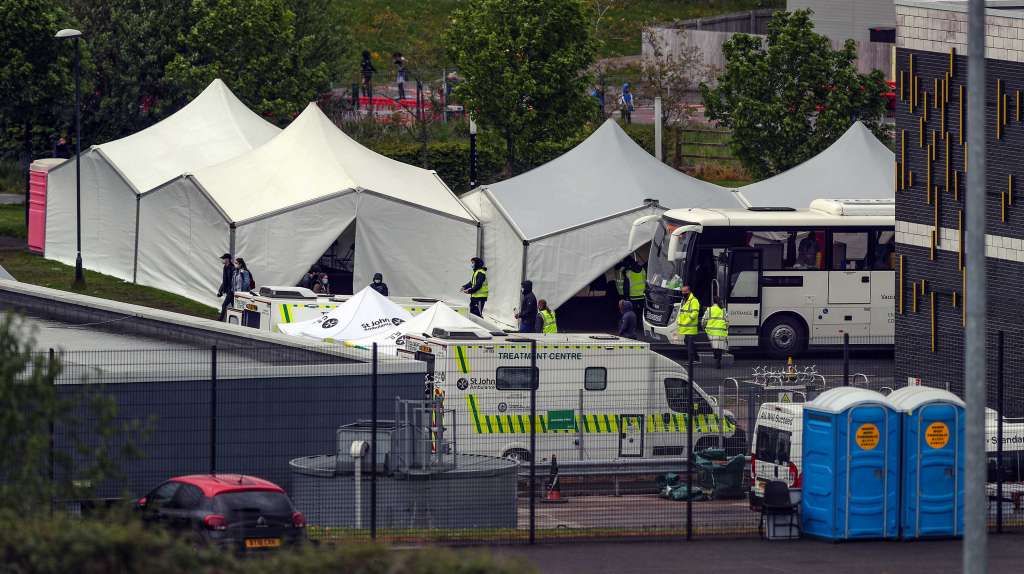 (CNN) — A new and slightly changed version of the Delta coronavirus variant is spreading in a number of countries including the United Kingdom, United States and India, health officials say.

This strain, which has generated a significant amount of global media attention, is called B.1.617.2.1 or AY.1 — Delta Plus for short, and is a version of the Delta variant first detected in India in February.

It was first reported by Public Health England, a government health agency, on June 11. But the UK’s first few cases had been sequenced on April 26 — suggesting the variant may have been present and spreading by the spring.

The Indian government said it has submitted the variant to the Global Data System, and sent samples for genomic testing.

About 200 cases have been spotted in 11 countries. Only one death has been reported so far, in India.

Health experts are investigating whether Delta Plus may be more transmissible than other strains like the Alpha or Delta variants — but it’s too early to say for sure what its effects may be.

Here’s what we know so far, and what questions are still unanswered.

How is Delta Plus different from the Delta variant?

All variants carry clusters of mutations. Delta Plus has an extra mutation called K417N, which distinguishes it from the regular Delta variant. This mutation affects the spike protein, the part of the virus that attaches to the cells it infects.

The mutation was seen in a strain found in Qatar in March 2020, and is also found in the Beta variant, which was first detected in South Africa last fall, he told the Science Media Centre on June 23.

“The mutation may contribute to immune escape, though its impact on transmissibility is not clear-cut,” he added.

Shahid Jameel, virologist and director of Ashoka University’s Trivedi School of Biosciences, said the mutation “evades the cocktail of therapeutic monoclonal antibodies which have been used to treat people.”

All viruses mutate constantly. Some of those changes make viruses better at infecting cells, or better at replicating, while others have little effect or are even harmful to the virus.

To date, there have been about 160 strains of the coronavirus sequenced globally, said Balloux.

There are also “other Delta plus variants with other mutations,” said the Indian government on June 23, adding that AY.1 was just the most well known.

Maria Van Kerkhove, the World Health Organization’s technical lead on Covid-19, added that the team was “looking at these specific mutations and what these mean in terms of transmission, in terms of severity, and really importantly what these means in terms of our medical countermeasures.”

Meanwhile, the regular Delta variant, also known as the B.1.617.2 strain, has spread rapidly. It has been reported in dozens of countries, and is 40% to 60% more transmissible than the Alpha variant first identified in England, said the European Centre for Disease Prevention and Control (ECDC).

“I know that globally there is currently a lot of concern about the Delta variant, and the WHO is concerned about it too,” said Tedros Adhanom Ghebreyesus, director general of the World Health Organization, on June 25. “Delta is the most transmissible of the variants identified so far.”

Is it more infectious, deadly or vaccine-resistant?

According to the Indian government’s Covid-19 genome sequencing body, the Delta Plus variant exhibits several worrying traits such as increased transmissibility, stronger binding to receptors of lung cells, and a potential reduction in antibody response.

It’s not yet clear what effect the mutation may have on vaccine efficacy — but Julian Tang, professor of respiratory sciences at the University of Leicester, warned it could potentially give the variant “significant vaccine escape properties.”

Most of the coronavirus vaccines are designed to train the body to recognize the spike protein, or parts of it — the place where Delta Plus’ extra mutation is.

However, there isn’t enough evidence to determine anything conclusively yet and other experts have expressed caution. On June 23, the Indian government said the mutation’s role in “immune escape, disease severity or increased transmissibility etc. is under continued surveillance.”

“This virus has also been isolated and cultured,” said Balram Bhargava, Director General of the Indian Council of Medical Research, on June 25. “We should have the results in seven to 10 days on whether the vaccines are working against Delta Plus.”

For now, experts are largely cautioning the public and governments to remain watchful but calm.

Besides the Beta variant, none of the other strains carrying the K417N mutation “have been particularly successful so far,” said Balloux. “It has been found in several countries but has remained at extremely low frequency … There is no evidence the strain is currently expanding in any country.”

Van Kerkhove from WHO said the organization was tracking Delta Plus to determine its transmissibility and severity.

Where has it been found? How fast is it spreading?

So far, Delta Plus has been reported in 11 countries — but the number of cases per country only reflects samples that have been sequenced, and more data is needed to determine the actual rate of spread.

“As far as I am aware, the speed of spread of a variant cannot be measured by the early spread frequency,” said T. Jacob John, head of clinical virology at India’s Christian Medical College. “There is no information that Delta Plus is infecting people who were infected in the first wave, immunized people or those infected in the second wave. The spread has to be watched to know more.”

Jameel, from Ashoka University, said the number of total global cases isn’t as important as the concentration of infections in a particular area — for instance, whether any specific country is seeing infections skyrocket, which is currently not the case.

The US has sequenced and confirmed the highest number of cases so far, with 83 cases as of June 25, according to Public Health England.

India follows with 48 cases, the government said on June 25. One patient, an 80-year-old woman with pre-existing conditions, has died, said Rajesh Tope, health minister of Maharashtra state, on June 25.

The cases began in three states — which were all placed on alert — but have since spread to a total of eight states. The central government is urging states with cases to “enhance their public health response” by stepping up testing, tracing, and priority vaccination.

“In India out of about 40,000 genomic sequences available, only about 50 of those belong to Delta Plus, so that is about 0.1%,” said Jameel. Scientists are now watching closely to see whether that number will tick up — if it reaches 0.5%, or 1% of sequenced cases, then “it would be a matter of concern,” he added, cautioning again that “it’s too early to say.”

India is still recovering from its devastating second wave, which has infected millions and killed hundreds of thousands in the past few months. It’s not clear whether Delta Plus will deliver another blow — John, from India’s Christian Medical College, said it was unlikely as the country’s vaccination rate picks up.

The UK has reported 41 cases as of June 25. Enhanced contact tracing, testing, and isolation has been deployed in areas where Delta Plus has been reported, Downing Street confirmed on June 24.

The first few cases sequenced in the UK were contacts of individuals who had traveled from or transited through Nepal and Turkey, according to Public Health England.

The rest of the cases are spread out between Canada, India, Japan, Nepal, Poland, Portugal, Russia, Switzerland, and Turkey.