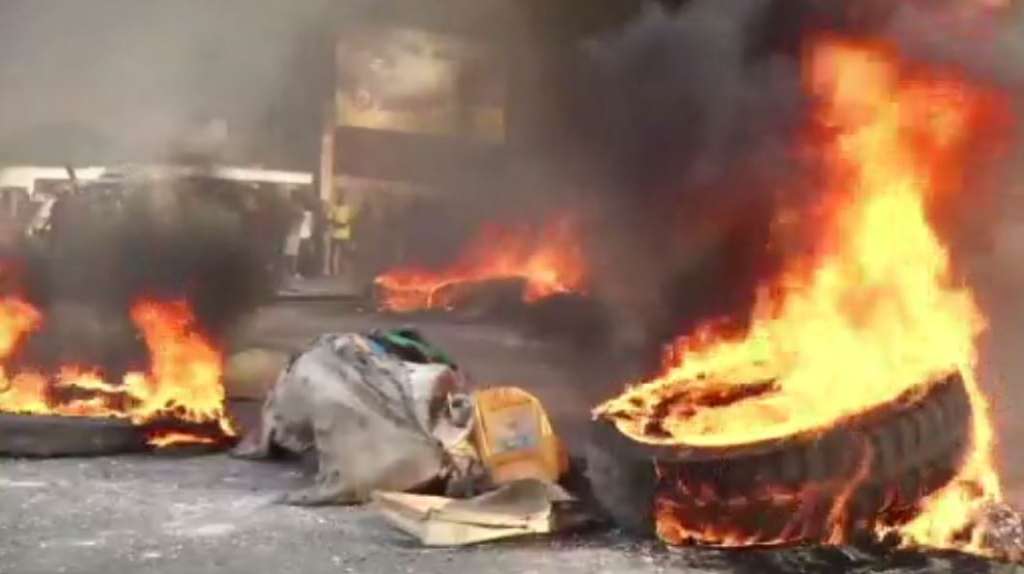 PORT-AU-PRINCE, Haiti (AP) — Thousands of protesters seeking to oust President Jovenel Moise attacked businesses and government buildings across Haiti Friday, creating chaos on the streets after a weeks-long shutdown of vital services that has damaged the country’s ailing economy and shaken the president’s already tenuous position.

In the capital, Port-au-Prince, hundreds of opposition supporters ransacked a police station used by a special tactical unit, hauling out office furniture and even Kevlar vests and ammunition in the city shantytown of Cite Soleil. An Avis car rental office and Western Union branch were also attacked and burnt.

Several houses in the Delmas neighborhood were burned, and groups of protesters hurled rocks at police, who responded with tear gas. A radio station in the city of Jacmel reported that a courthouse there had been burnt.

“We are telling the people who live in the Cite Soleil area and the Haitian population to rise up to overthrow this government because President Jovenel Moise is not doing anything for us, just killing us,” said protester Francois Pericat. He said police had fatally shot three demonstrators.

Government officials did not immediately return requests for comment.

Other demonstrators waved green tree fronds as a sign that they were peaceful.

Opposition leaders pledged that there would be no peace until Moise, who took office in 2017, resigns.

Sen. Youri Latortue, one of the opposition leaders, told Radio Caraibes that “if Jovenel doesn’t resign today, whatever happens to him is not our responsibility.”

“Jovenel Moise will be held accountable for everything that happens in the country today,” he said.

Haiti has seen months of protests over the government’s reluctance to investigate and prosecute accusations that Moise’s allies in the country’s previous administration embezzled and wasted billions in proceeds from a Venezuelan program gifting Haiti with subsidized oil. Those protests have been followed by strikes and violent demonstrations as the government has proven unable to import enough fuel to meet the nation’s daily needs.

For three weeks, leaders of opposition parties have sent groups of young men onto the streets to enforce a shutdown of businesses and public services, which opposition leaders pledged would continue over the weekend.