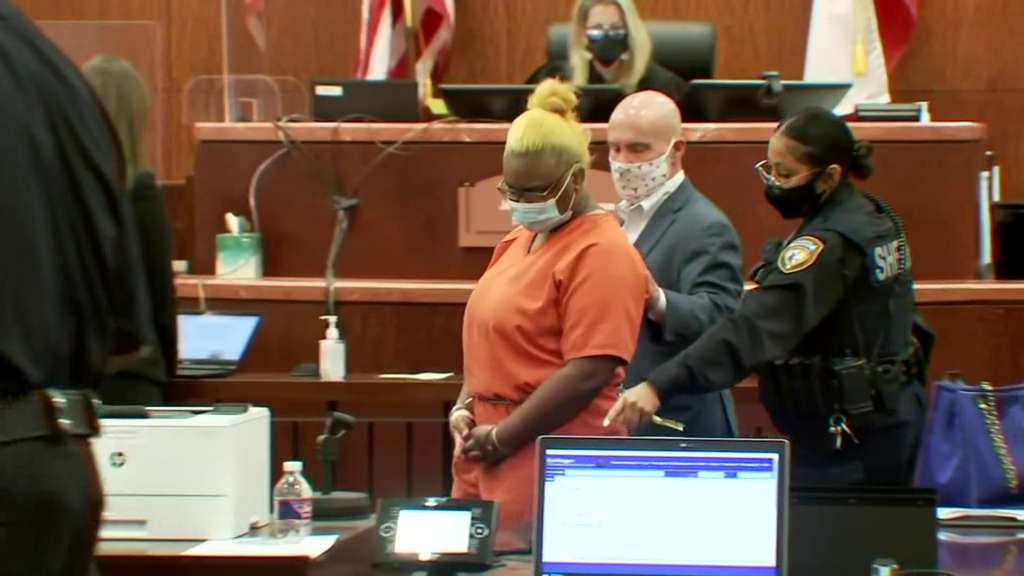 HOUSTON (AP) — A woman charged in connection with the death of her 8-year-old son, whose skeletal remains decomposed for months inside a Houston-area apartment with three surviving but abandoned siblings, continued to receive government assistance on his behalf even after he was allegedly beaten to death by her boyfriend, a prosecutor said Friday.

During a court hearing Friday, Andrea Beall, a prosecutor with the Harris County District Attorney’s Office, said Williams “abandoned her three (surviving) children” and her actions showed that she was “failing her primary duties” as a mother.

Beall said Williams had been receiving about $2,000 a month in government assistance for three of her children, including for 8-year-old Kendrick Lee. After Kendrick was killed, Williams continued receiving assistance on his behalf, Beall said. Authorities have said that two of Williams’ children might be on the autism spectrum.

Authorities allege Coulter beat Kendrick to death in front of two of the child’s siblings sometime around Thanksgiving last year. Kendrick’s three surviving brothers, ages 7, 10 and 15, were left to fend for themselves in the apartment that had no furniture and became infested with roaches and flies after Williams and Coulter moved out in March, authorities allege.

Beall said Friday that Williams and Coulter moved to another apartment that was furnished and that Williams acknowledged to investigators that she moved out so she could keep her son’s body hidden.

Authorities allege Coulter also punched the 10-year-old child in the jaw a few weeks before the body was discovered and that neither he nor Williams got the child any sort of medical care.

At the request of prosecutors, Johnson raised Williams’ bond on the injury to a child charge from $350,000 to $1 million. Williams’ bonds on all three charges now total $1.55 million.

Neal Davis III, Williams’ court-appointed attorney, argued against raising her bond, saying it wasn’t necessary as his client could not afford a $10,000 bond and any increase would be oppressive.

Davis said he was appointed to the case only a few days ago and was still learning about the allegations and about Williams. He said that Williams was “not really sophisticated” and that she didn’t fully comprehend the severity of the charges she is facing.

“I think there’s more to this case than what meets the eye,” Davis said.

Investigators were still seeking answers to how these children ended up in such an “egregious” situation, Beall said.