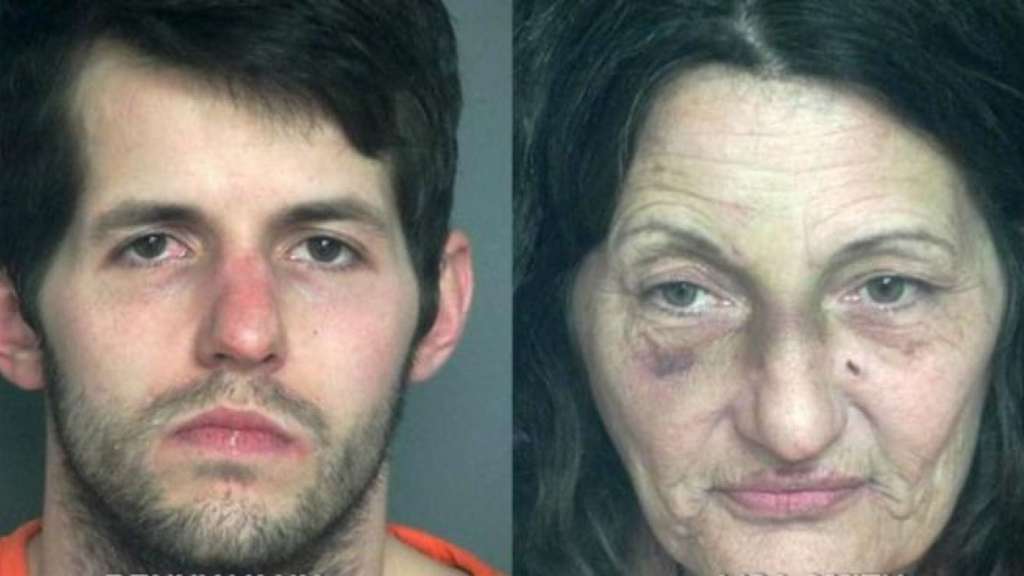 EAU CLAIRE, Wis. (WSVN) — A woman and her adult son have been arrested for causing chaos at a Wisconsin Walmart.

According to Eau Claire police, 46-year-old Lisa Smith entered a Walmart with her un-leashed dog Bo. Police said while Bo ran up to customers, Smith erratically started pulling apart store displays and placing them in her cart.

Detectives said Smith was asked to exit the store, which she did. However, she lingered in the parking lot to “perform karate moves.”

Police said Bo also snagged a box of Jiffy Cornbread Muffin mix in his mouth and tried to flee the store with it.

Smith was ultimately arrested, but officers said during the arrest, she fought with police and tried to kick out a squad car window.

Investigators said while this entire situation was going on, Smith’s son, 25-year-old Benny Vann, made his way to the back of the store and took off all his clothing and exposed himself to customers.

Police said Vann grabbed new clothes from the racks but did not purchase them. When officers tried to stop Vann, they said he refused to comply and tried to run them over with his scooter.

Vann was ultimately arrested as well.

Bo was later caught by police and brought to the Humane Association.

“The dog was not charged – we issued him a warning for the theft,” police wrote.