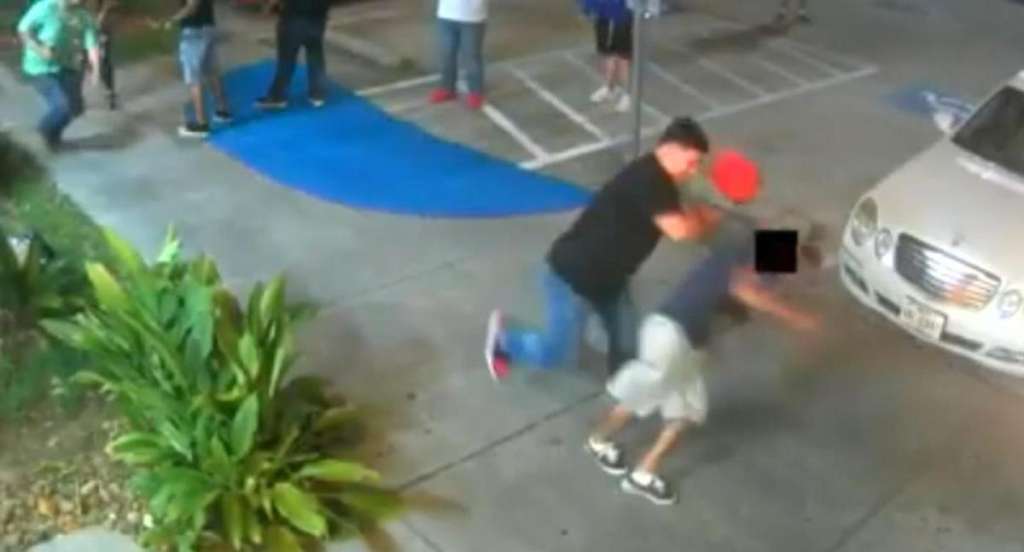 ROSENBERG, TX (CNN/WSVN) — Police in Texas are looking for a teen whose punch landed his victim in the hospital.

Rosenberg Police say 18-year-old Alejandro Maldonado is wanted for aggravated assault after he was caught on camera punching a man in the back of the head, Fox 26 reports.

“That knock out game is what we’re assuming is what’s going on here,” said Lt. Chad Pino, referring to assaults where one person attempts to “knock out” their unsuspecting victims with a single punch. “We hope it’s isolated. I mean, it’s a cowardice act.”

### Tough guy wanted for Aggravated Assault ###Alejandro Maldonado (18) from Rosenberg Texas is currently wanted by the Rosenberg police department for the alleged offense of Aggravated Assault. If you have information on the whereabouts of Alejandro Maldonado, please contact Detective Mehling at 832-595-3814 or crime stoppers at 281-342- TIPS (8477). Please remember you can remain anonymous and you may be eligible for a reward! Please #share #share #share

The victim, a 30-year-old man, was leaving a restaurant when Maldonado attacked from behind, causing him to hit the pavement hard. The disturbing video shows Maldonado walking away as his victim lays motionless on the sidewalk.

“You think it’s a game, your friends might peer pressure you into doing something, and it’s a serious offense, it’s a felony, it’s an aggravated assault,” Pino said. “In this case, he sustained some serious injuries, and it’s not a game. It’s not going to be funny when you’re in prison.”

Police said the victim had to be hospitalized for several days with serious injuries. He has since been released from the hospital. Investigators do not believe he knew Maldonado.

Police said Maldonado agreed to turn himself in last week, but never showed up. They are now hoping he does so with the video being made public.