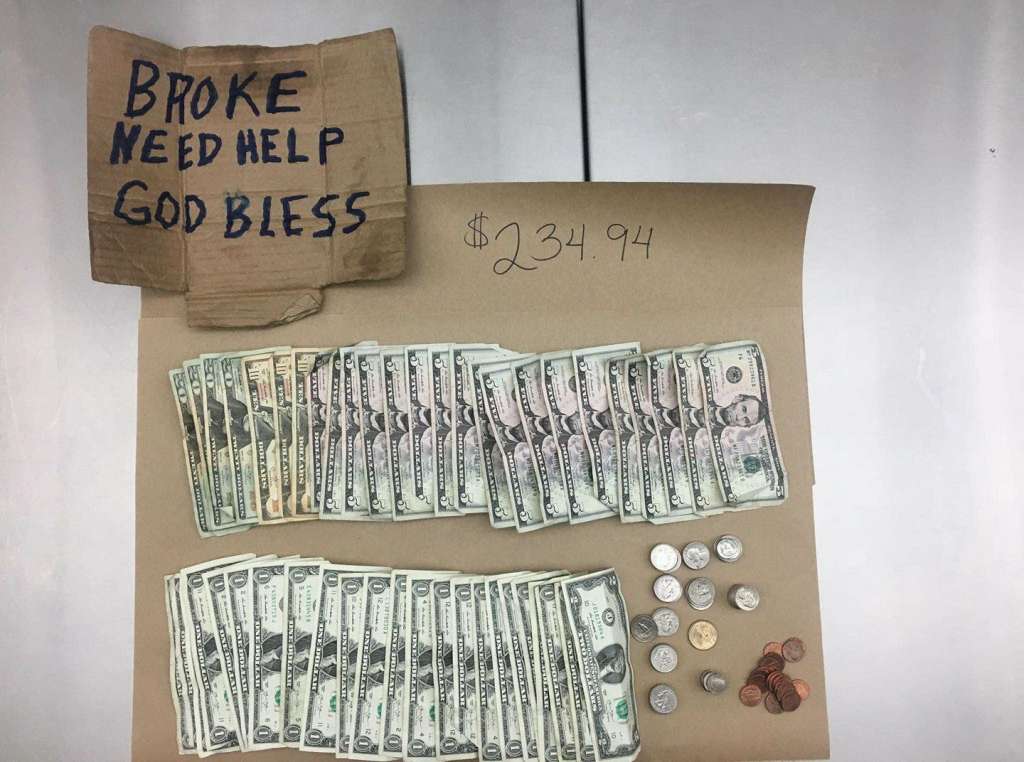 According to Fox 32, the Cheyenne Police Department posted a photo encouraging others to give money to local shelters and charities, rather than “feeding someone’s alcohol addiction.”

On July 22, Cheyenne Police said a man was arrested for public intoxication and found with $234.94 after panhandling with a sign that read, “BROKE NEED HELP GOD BLESS.”

Comments flooded the police department’s Facebook, including one user that said, “Public shaming, nice. Cheyenne Police Department should be ashamed of themselves. What they do with their money is none of your business and Addiction isn’t a punchline in a Facebook post. Awful.”

Some users were found supporting the department, congratulating police for possibly saving this man from harm.

A Facebook post made by the police department later in the week cleared-up the department’s stance on the matter.

The post, in part, included, “This post was put up to illustrate how our best intentions of helping somebody out may actually enable them to continue in their alcoholism or other self-destructive behaviors.”