Owner of truck with anti-Trump sticker arrested for outstanding warrant 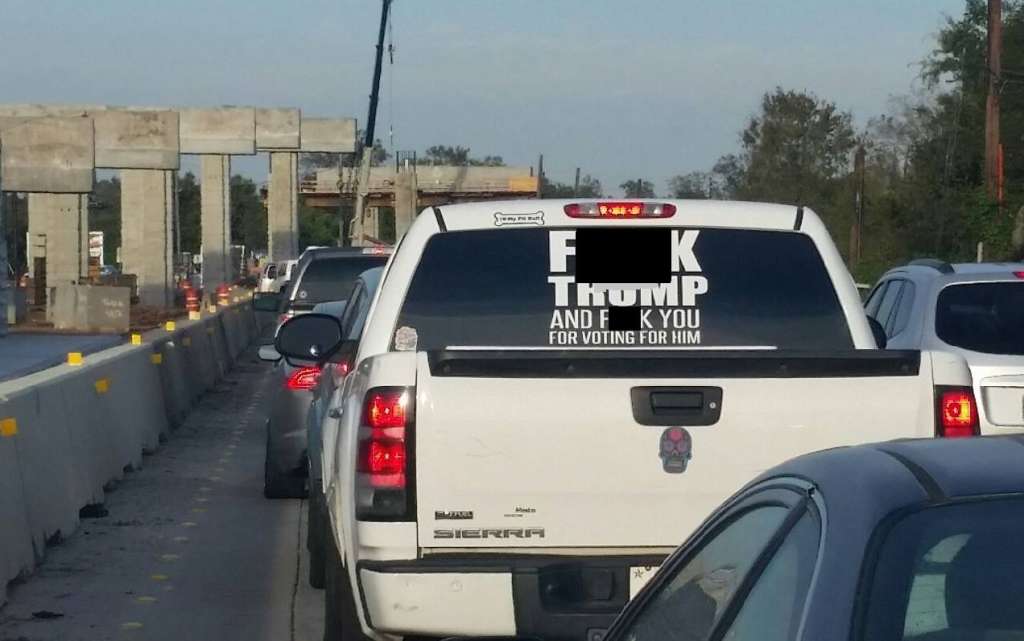 HOUSTON (WSVN) — The owner of a truck that caused a stir of controversy has been arrested.

According to Fox News, Fort Bend County Sheriff’s Office records show Karen Fonseca was arrested on an outstanding fraud warrant issued in August. Fonseca has since been released on a bond of $1,500.

The Texas woman recently made headlines after Sheriff Troy Nehls posed the possibility of a disorderly conduct charge against her because she had a sign that read “F— TRUMP and F— YOU FOR VOTING FOR HIM” on the back of her truck.

However, the district attorney said the charge most likely wouldn’t have held up due to free speech laws.

“There’s no law against freedom of speech, nothing in the law book here in Texas,” Fonseca told KHOU-TV. “I’ve been stopped numerous times, but they can’t write me a ticket.”

Nehls has since removed the post. According to Fox News, he supports freedom of speech but is worried that profane messages could incite others and lead to confrontations that would disturb the peace he’s pledged to keep.

The Fort Bend County district attorney has no plans to file charges over the sticker, KHOU reports.