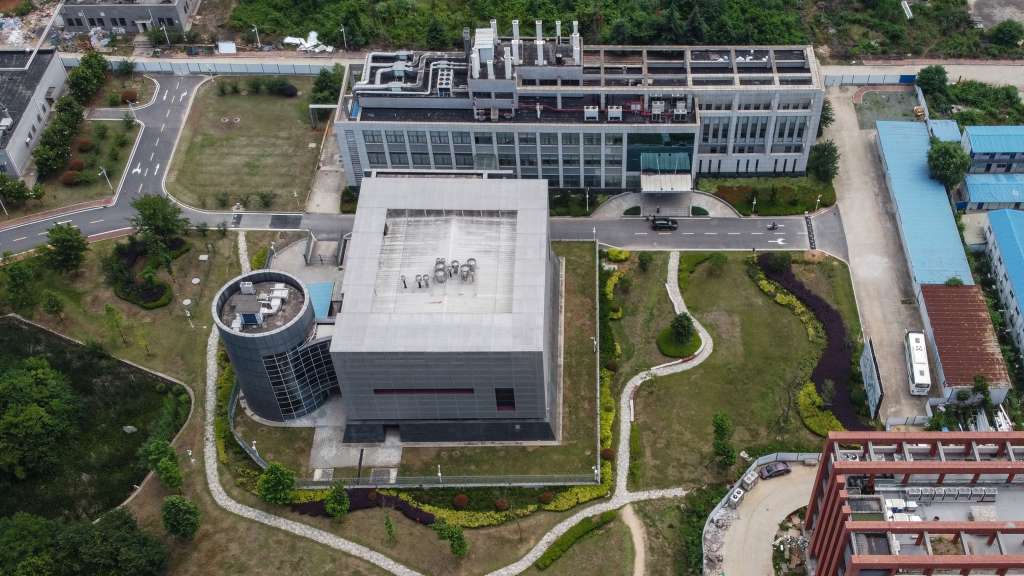 This aerial view shows the Wuhan Institute of Virology in China's central Hubei province on May 27, 2020. (Photo by Hector Retamal/AFP via Getty Images)

(CNN) — The intelligence community’s push to uncover the origins of the Covid-19 pandemic has largely relied on traditional intelligence-gathering tools up until now, but President Joe Biden’s 90-day “redoubled” effort is intended in part to elevate scientific analysis.

The effort will bring in the National Labs, a collection of 17 elite research facilities under the Energy Department, “because of their ability to crunch massive amounts of data,” a White House official told CNN.

What those “massive amounts of data” contain remains unclear, although multiple sources tell CNN it is almost certainly not a new tranche of intelligence information.

“There is really no new collection that the intelligence community can do [on the origin question] that I’m aware of,” said one US official.

But officials might not need to collect anything new to achieve a breakthrough. They may just need the right tools to more thoroughly analyze the mountains of intercepted communications and other signals intelligence they already have. The intelligence community routinely picks up far more raw intelligence than its analysts can comb through — “it is a perennial challenge that we collect more than we have analysts to process,” said one person familiar with the intelligence — suggesting that the National Labs’ supercomputers may be used to help sift through that data.

Even so, current and former intelligence officials have long been suspicious that traditional intelligence-gathering tools were going to uncover the origins of the pandemic. The answer, many suggest, is more likely to come from the academic community — within or without government — which has spent the last year carefully studying the structure of the virus to determine if it escaped from a lab or originated naturally in the wild.

Now, as the lab leak theory has begun to gain more mainstream acceptance in the academic community and pressure has risen on Capitol Hill to explore that possibility, the Biden administration has indicated that it wants to lean more heavily on traditional science to help come up with an answer.

“We want the science to be a big part of this,” the White House official said. “We are going to use the full resources of our intelligence and scientific community to try to get to the bottom of this.”

That may mean simply leveraging sophisticated data science tools to sift through reams of intercepted intelligence. But it may also mean empowering the traditional lab scientists within the intelligence community.

Multiple sources tell CNN that experienced scientists working the issue within government, some of whom supported the lab leak theory, have felt they were drowned out by the broader intelligence community’s predisposition to believe that the virus originated naturally.

“I think it’s fair to say that there was a tendency to look at — just as there was in the public sphere — look at the lab leak as this offshoot,” said one former administration official. ” ‘Yeah, we’ll consider it but most of these things come from zoonotic or natural origin.’ “

For the better part of a year, a fierce debate has raged over whether the virus escaped from a lab in Wuhan or originated in the wild. Initially, prominent scientists publicly derided the so-called lab leak theory — embraced by then-President Donald Trump and his allies — as a conspiracy theory, and the intelligence community put out a rare public statement in late April 2020 affirming that it “also concurs with the wide scientific consensus that the Covid-19 virus was not manmade or genetically modified.”

But as early as March 27, 2020, the Defense Intelligence Agency — which is home to one of the intelligence community’s most robust scientific cells — in a classified assessment reported by Newsweek found that it was possible that the virus had emerged “accidentally” due to “unsafe laboratory practices.”

Trying to find an answer

Up until now, one source familiar with the matter said, the intelligence community has been relying very heavily on intercepts to try to figure out the origins of the pandemic that to date has killed more than 3.5 million people worldwide.

One of the first ways officials sought to find answers was to dig into vast volumes of signals intelligence gathered on government officials, including people associated with Chinese labs and agencies working on the virus effort, US officials say. The idea was that if lax lab safety practices or other errors had led to the virus escaping, Chinese officials would be detected scrambling to deal with the issue.

But the communications between senior Chinese officials that the Americans have picked up and analyzed, as well as information from other intelligence sources, has so far not supported that theory, US officials say.

“You would think that if senior Chinese officials knew it were a leak, they would be talking about it — trying to cover it up, etc.,” one of these officials said. “[There are] no indications of that.”

The lack of any smoking gun communication is not dispositive, the person said — Chinese officials are operationally savvy and may be taking extreme precautions in their conversations about the virus.

The country is generally “a very hard target,” said former Director of National Intelligence James Clapper. “The Chinese are very secure and have a very aggressive counterintelligence capability.”

The Chinese government’s lack of transparency and the restricted sharing of data have also hindered the intelligence community’s ability to thoroughly investigate the lab leak theory. The US and Britain called on China earlier this week to participate in a second phase of a World Health Organization investigation into the pandemic’s origins, but China responded that its role in the probe “has been completed.”

That claim from Beijing was “an accelerant” in the White House’s push to make the US’ ongoing intelligence review into the matter public, and officials wanted to emphasize that the US would not be relying solely on the WHO probe to determine the virus’s origins, the White House official said.

Still, some former officials were skeptical that the redoubled effort would turn up any new revelations about the virus’s origins.

“The same allegations were raised under the Trump administration but were dismissed by his opponents. It sometimes feels like the Biden administration is saying that since we couldn’t trust anything under Donald Trump, it undertakes an internal review that reissues the same decisions just to put a seal of authority on it,” said one former intelligence official. “Absent a new collection stream on this issue, I think that could well be what we will see in coming weeks.”