Woman attacked after warning others about man fondling himself in public 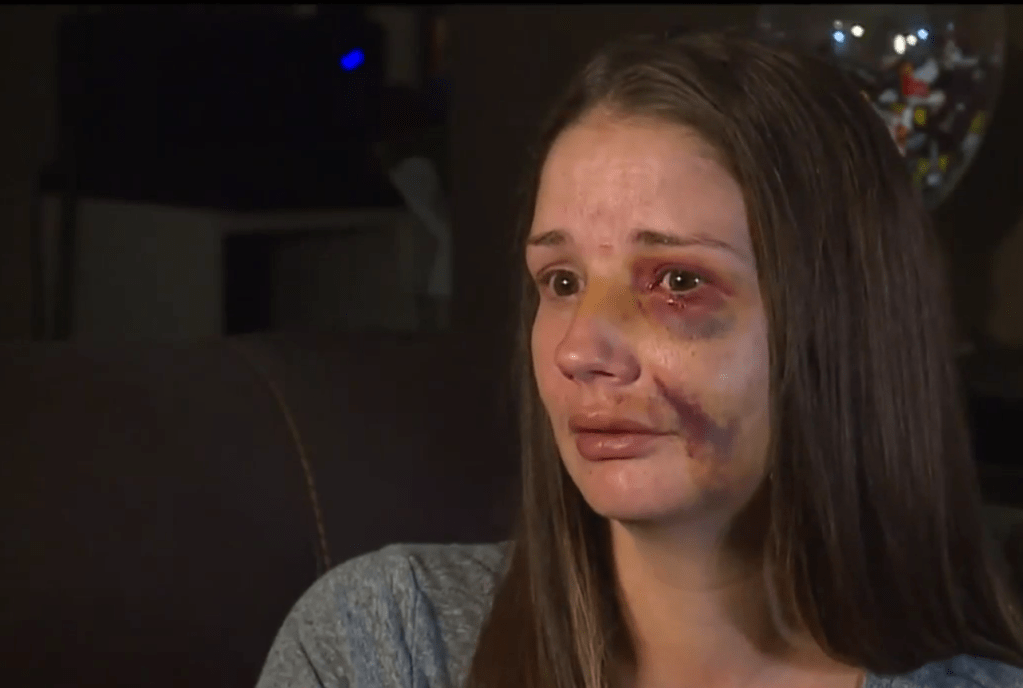 (WSVN) - A woman is recovering from a brutal attack, and officials believe it’s because she warned others about a man who was fondling himself in a supermarket parking lot.

According to KCPQ, 35-year-old Amanda Edwards was buying dinner for her family at a Washington grocery store. But when she walked out into the parking lot, she said a man pulled up to her to ask for directions as he was fondling himself.

“You have to have a pretty crazy mind to go around and think that it’s OK to do something like that,” Edwards said.

Edwards yelled at the driver to leave as the man drove up to another woman with a child. When she tried taking a picture of the man’s car and license plate, he fled the parking lot.

Assuming he was gone for good, Edwards began walking home with her groceries.

“The next thing I know I was waking up on the ground [before] running home,” Edwards recalled. “I didn’t realize I had been hit multiple times in my face.”

Edwards said she was followed and beaten. “He was extremely aggressive and when he came up and he said ‘I got you’ and when he started laughing — it was one of the most evil laughs I’ve heard,” Edwards continued. “I mean to me he had a rapist mentality.”

She suffered four fractures in her face, along with a crack down the roof of her mouth.

The man is described as a Pacific Islander, anywhere between 20 years old to 30 years old. Police are still on the hunt for her attacker.