More than 20 people safely escape after plane crashes outside Houston 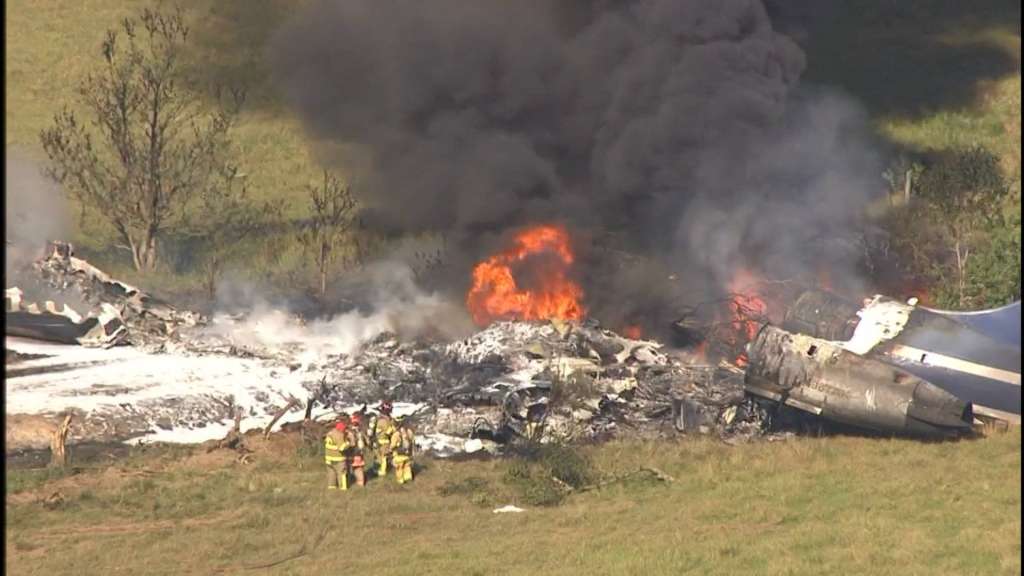 A plane crashed near the Houston Executive Airport on Tuesday morning

(CNN) — No major injuries were reported when a Boston-bound plane carrying more than 20 people struck a fence and erupted in flames while taking off at Houston Executive Airport on Tuesday morning, officials said.

All passengers and crew managed to leave the plane safely — two with minor injuries — before firefighters extinguished the flames engulfing the McDonnell Douglas MD-87 on a field outside the airport, local officials said.

“This is a good day. This is actually a day of celebration for a lot of people,” Texas Department of Public Safety spokesman Sgt. Stephen Woodard told reporters at the scene.

“The information we have at this time indicates that the plane did not attain altitude at the end of the runway and went across Morton Road, coming to a rest in the field just north of the airport, where it caught on fire,” the judge said.

Another person had respiratory issues, Woodard said. Both were transported to a hospital but later returned to the airport.

The MD-87 “rolled through a fence and caught fire in a field” just after 10 a.m. while attempting to depart, the Federal Aviation Administration (FAA) said in a statement.

The plane traveled about 500 feet on the runaway before the crash, Woodard said.

The youngest passenger was 10 years old, according to the sergeant.

The fire has been extinguished, Woodard said.

The FAA and the National Transportation Safety Board (NTSB) will be investigating, with the NTSB as the lead agency.

First responders were seen at the site where the plane appeared to stop across a dirt path and caught fire, according to news footage.

Tim Gibson, director of the Waller Harris Emergency Services District 200, said all passengers had “self-extricated” and the teams assisted them from the field where the plane crashed.