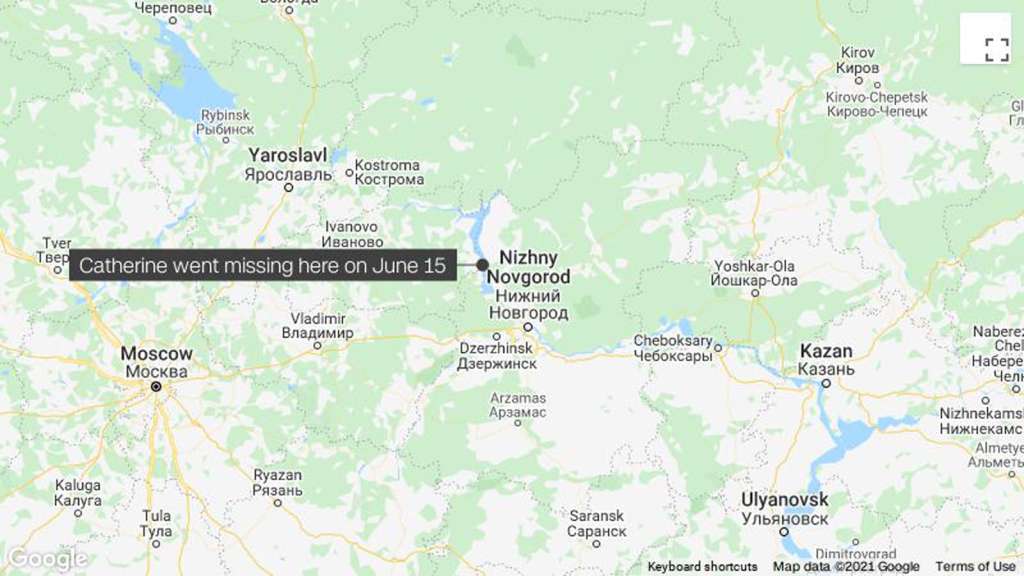 (CNN) — Russian authorities have found the body of Catherine Serou, a missing United States student who vanished earlier this week in the country’s Nizhny Novgorod region.

Police officers have detained a suspect over the woman’s death.

“We can confirm the death of a US citizen, Catherine Serou, in Russia,” the US Embassy in Moscow told CNN in a statement.

The embassy added: “We offer our sincerest condolences to the family on their loss. We are closely monitoring local authorities’ investigation into the cause of death. We are providing all appropriate assistance to the family.”

Serou, 34, was a student at the State University of Nizhny Novgorod, east of Moscow.

An investigation has been opened into her death, the regional Ministry of Internal Affairs confirmed to CNN.

The Russian investigative committee (Sledcom) said in a statement on Saturday that the body of a “foreign citizen who went missing in the Nizhny Novgorod Region” had been found. The statement did not name Serou.

The student was last heard from on June 15 according to her mother, who was quoted in the statement on the committee’s website.

The committee said that Serou had left her house “at about 18:30 Moscow time on June 15th … got into a vehicle not identified by the investigation and headed in the direction of the village of Rekshino, Borsky District, Nizhny Novgorod Region.”

The committee added that Serou was last in contact with her mother by phone, when she said she was “traveling in a car with [an] unknown person.”

“Thank you all for your help trying to get Catherine home safe,” Beccy Webb Serou, Catherine’s mother, wrote in a Facebook post on Saturday.

“Unfortunately, we got a call from the police this morning telling us they found her body. As our family processes this news we’ll have more to say.”

A resident of the Nizhny Novgorod region is in police custody on suspicion of committing murder, Sledcom said.

The suspect, born in 1977, has been convicted “repeatedly” of “especially grave crimes,” the committee said. The person is cooperating with the investigation.

A decision on whether to bring charges against him is expected soon, the statement added.