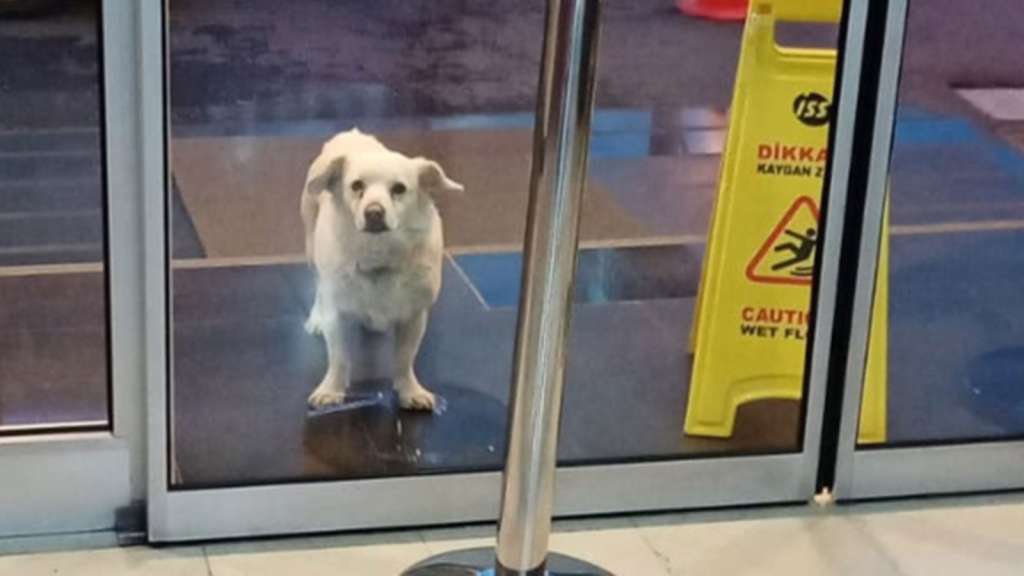 (CNN) — They say a dog is a man’s best friend — and that was definitely the case for one patient of a hospital in northeastern Turkey, whose loyal pet waited by the entrance for six days until he was discharged.

When Cemal Senturk was transferred by ambulance to Medical Park Hospital in Trabzon on January 14, his dog, Boncuk, escaped from their apartment and followed him to the facility, where she waited patiently each day.

Hospital staff informed Senturk’s family about the whereabouts of his canine friend.

But after Boncuk was brought back home,she managed to escape again — and returned to the hospital each day, Murat Ercan, the hospital’s international patient center director, told CNN.

The hospital said Senturk’s apartment was nearby, and that the family were not sure how the dog kept escaping.

“His dog ‘Boncuk’ has followed him to the hospital gate and refused to leave for six days until her owner was discharged,” Ercan said in a statement.

“Even though the family [took] Boncuk back home she managed to escape every day to wait at the hospital gate.”

To try to reassure and comfort her, Senturk communicated with Boncuk through the window during his stay at the facility.

But his dedicated four-legged friend refused to leave until Senturk did.

During her stakeout, Boncuk won the affection of hospital staff, who fed her and took care of her, Ercan added.

“Cemal Senturk has been with Boncuk for nine years and he also stated that he missed her a lot during his stay at the hospital,” he said.

“After he was cleared to go out he met his dog at the hospital gate. Boncuk has behaved really sweet during the six days and has managed to capture the love and affection of the whole staff.”