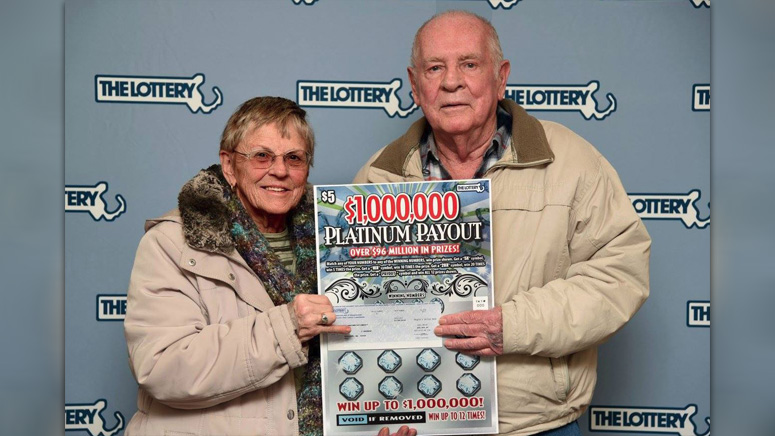 RANDOLPH, Mass. (AP) — A Massachusetts man has won a $1 million jackpot in the state lottery just months after his wife won her own $1 million prize in a different contest.

Lottery officials say Robert Goodwin, of Randolph, won the money Monday after buying a $5 instant ticket for the $1,000,000 Platinum Payout game. He chose to accept the lump sum prize totaling about $650,000.

The Goodwins says they will use their winnings to buy a home in a community where they won’t have to shovel snow.