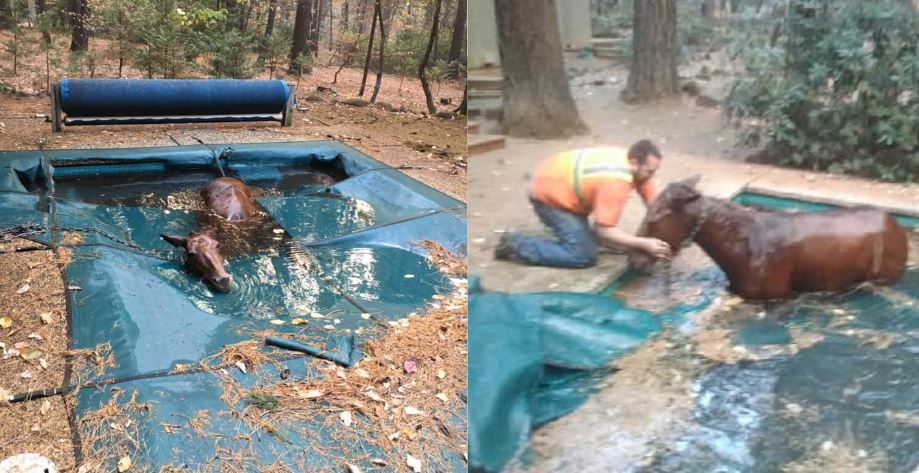 When a California man returned to his neighborhood to survey the damage from the wildfire, he ended up saving a horse that had jumped into a swimming pool to get away from the flames.

Jeff Hill took to Facebook to describe how he returned to his home of Paradise, California Sunday to see the damage brought on from the massive wildfire.

However, upon his return, he discovered that a horse with a “look of defeat in her eyes” had become trapped in a swimming pool in order to escape the flames

“She was all caught up in the pool cover but her being suspended by it prevented her from drowning,” Hill said in his Facebook post.

Hill said he and another man scrambled to unhook the pool cover and guided the horse up to the steps and out of the pool and onto the land.

According to CNN, Hill called for help and waited with the horse until officials were able to escort the animal to safety.