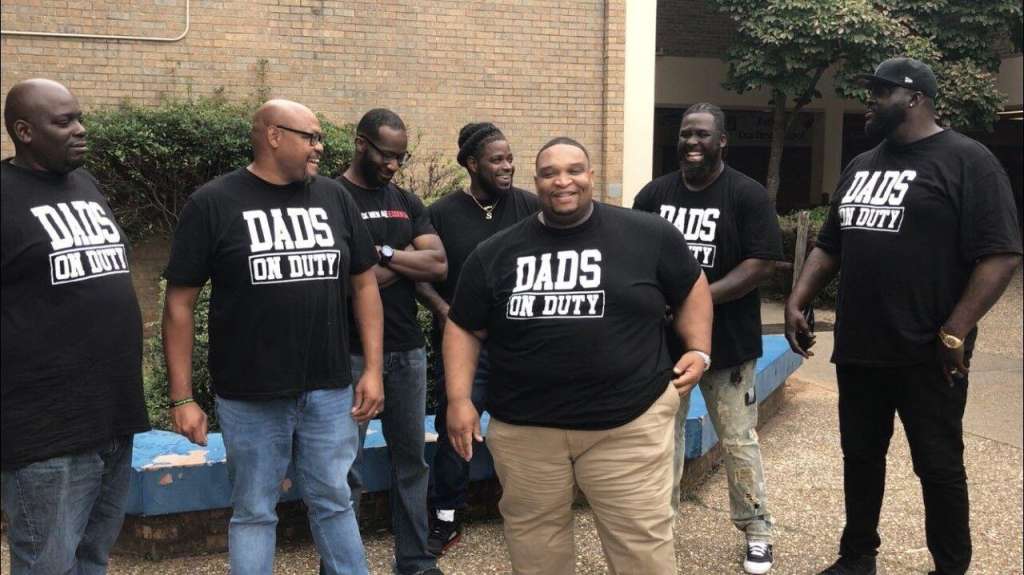 At Southwood High School, a group of dads came together to help keep their kids' school safe. (Courtesy: KTBS)

SHREVEPORT, La. (CNN) — At Southwood High School in Louisiana, a group of dads came together to help keep their kids’ school safe. They call themselves Dads on Duty, and after a breakout in violence at the school over the past month, the dads are a welcome presence.

Over the past few weeks close to two dozen students were arrested for fighting on two separate occasions. In one incident a student was even accused of battery after punching an assistant principal.

These Dads on Duty see this as an opportunity to set an example and show the community how much they love the school. The dads walk the halls in the morning, joke around with the students and make sure they get to class on time.

Principal Kim Pendleton says that the students love having the dads around. Many of the dads are people they go to church with or live down the street from.

“As they’re seeing familiar faces, they’re saying, ‘Oh there’s really someone who cares about me and someone that’s invested in my education and my future,'” Pendleton said.

Pendleton hopes even more parents can get involved.

“All they want to do is to really help us because there are a lot of kids that may or may not have a dad in their home so they want to be a positive influence on campus as well,” she said.