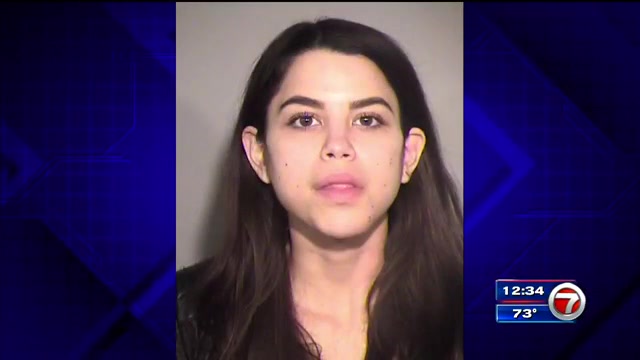 NEW YORK (AP) — The family of a Black teenager who was falsely accused of stealing a woman’s cellphone in a New York City hotel last December filed a lawsuit Wednesday alleging that the woman and the hotel engaged in racial profiling.

The family alleges in the lawsuit filed in state court in Manhattan that Keyon Harrold Jr. was “violently accosted” by Miya Ponsetto on Dec. 26 in the lobby of the Arlo Hotel and that hotel manager Chad Nathan helped her and demanded that the teenager turn over his phone for inspection.

Paul D’Emilia, an attorney for Ponsetto, said in an email that Ponsetto is at home in California and has not been informed of any lawsuit.

A video of Ponsetto’s confrontation with the then-14-year-old was recorded and posted online by his father, jazz trumpeter Keyon Harrold. The video shows an agitated woman demanding the teenager’s phone and accusing him of stealing it.

Security video released by police shows Ponsetto grabbing at Harrold as he tries to get away from her through the hotel’s front door.

“Defendants treated Plaintiffs differently from other guests and invitees in a place of public accommodation because of their race,” the lawsuit states.

Ponsetto, 22, of Piru, California, was arrested two weeks afterward on charges of attempted robbery, grand larceny, acting in a manner injurious to a child and two counts of attempted assault, according to police.

In addition to Ponsetto and Nathan and the Arlo Soho LLC, the suit names Quadrum Hospitality Group LLC and 2REN LLC as defendants. Messages seeking comment were left with the hotel and the corporate entities.