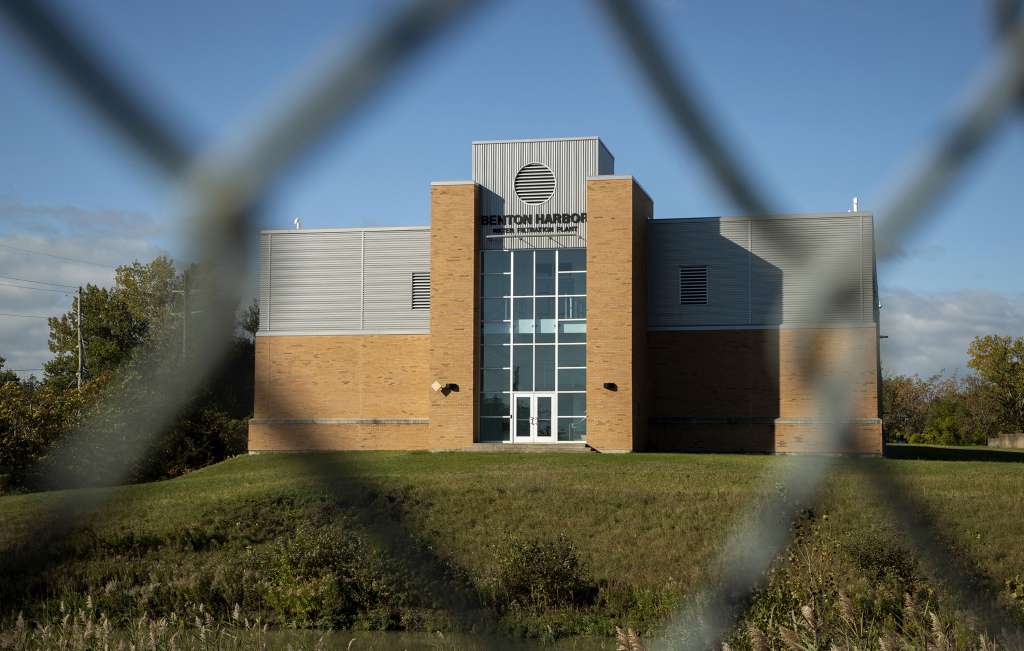 (CNN) — The Environmental Protection Agency (EPA) has ordered the city of Benton Harbor, Michigan, to take immediate actions to improve the quality of its drinking water to protect residents from lead exposure.

The move from the federal agency comes about two weeks after the Benton Harbor City Commission voted to declare a state of emergency over the tainted water.

“The people of Benton Harbor have suffered for too long. EPA is fully engaged and working to support the community, and today, we are taking a critical next step to ensure that drinking water is safe and reliable,” EPA Administrator Michael Regan said in a news release Tuesday.

In September, a coalition of groups filed an emergency petition to the EPA asking for federal intervention in mandating assistance in the community.

Benton Harbor, which borders Lake Michigan on the western edge of the state, is roughly 85% Black and is home to nearly 10,000 people.

In October, state officials recommended residents use bottled water instead of tap water for activities including cooking, drinking and brushing teeth, in what officials said was a part of “a longer-term effort to eliminate exceedances of the federal lead standards, educate the community on the effects of lead in drinking water, remove lead service lines and increase confidence in filtered water from the tap.”

The EPA directive requires the city to take several steps to protect residents while addressing the source of the lead contamination, according to the agency’s news release.

“Exposure to lead in children can cause irreversible and life-long health effects, including decreasing IQ, focus, and academic achievement,” Regan said. “The water infrastructure in Benton Harbor, like many cities across the country, needs upgrades and investments to build resiliency and protect people from lead.”

The Michigan Department of Environment, Great Lakes, and Energy is taking separate actions to address the violations of state laws, according to the EPA announcement.

The EPA said it’s also working with the state to provide bottled water for residents.

Between September 30 and October 20, officials distributed more than 71,000 cases of bottled water across the city, a news release from the Michigan Department of Health & Human services said.

Local officials have said they enacted the state of emergency on October 18 to get the attention of politicians in Washington, DC.

Mary Alice Adams, commissioner-at-large, told CNN at the time that federal officials “may not be aware of the magnitude of these type of problems happening in communities across the country.”

“While they fight our infrastructure bill, we live in a four seasonal state and with the winter weather near at hand, that can be so devastating at times,” she said. “We need to know that FEMA, the National Guard will be here for us.”

Whitmer visited the city last month and called on the state’s Republican-led legislature to provide an additional $11.4 million to replace the city’s pipes, according to a news release from her office.

The governor previously committed to replacing 100% of lead pipes in the city within 18 months.

“Our work will build on the executive directive I signed last week to pursue an all-hands-on-deck approach to protect access to safe drinking water right now and make lasting investments in water infrastructure,” Whitmer said in the October 19 release.

She also asked that federal funding be allocated to Michigan under the American Rescue Plan.

The state estimates it will cost approximately $30 million to replace all the lead pipes in Benton Harbor, according to the governor’s office.

So far, the state has been able to secure a total of $18.6 million, with $10 million coming from next year’s budget, $3 million from the Michigan Clean Water plan, and a $5.6 million grant from the EPA.

The governor’s news release said $15 million of the state’s 2022 budget is being used to supply residents with bottled water and for “other key uses.”