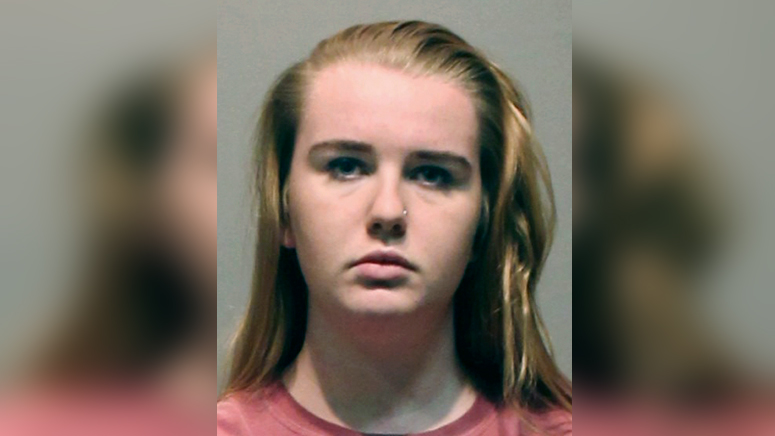 (WSVN) - A University of Hartford freshman is set to face a judge after police said she systematically poisoned her roommate to get her to move out, then bragged about it on social media.

“Finally did it yo girl got rid of her roommate!! After 1 1/2 month of spitting in her coconut oil, putting moldy clam dip in her lotions, rubbing used tampons on her backpack, putting her toothbrush places where the sun doesn’t shine and so much more I can finally say goodbye Jamaican Barbie.”

When police interviewed Brochu, officers said she admitted to licking her roommate’s utensils, and smearing her own bodily fluids on Rowe’s backpack, but denied all other statements made on her Instagram.

Rowe talked about her horrifying experiences Monday in a Facebook Live video. According to the Hartford Courant, she said she decided to share her story online because “when it comes to college incidents/crimes and racial cases justice needs to be served.”

In the video, Rowe said she was assigned her roommate randomly and had not been getting along with her since the start of the school year. The day Rowe told Brochu she was moving out, she was notified by two resident assistants of Brochu’s online posts.

Rowe goes on to say she developed severe throat pain while living with Brochu, but doctors could not figure out what was causing it. Rowe believes the sickness was caused by her roommate’s harassment.

The University of Hartford addressed the issue Tuesday, saying “Acts of racism, bias, bullying, or other abusive behaviors will not be tolerated on this campus.”

Brochu has been charged with second-degree breach of peace and third-degree criminal mischief and is currently out on a $1,000 bond. She is set to appear in court Wednesday.