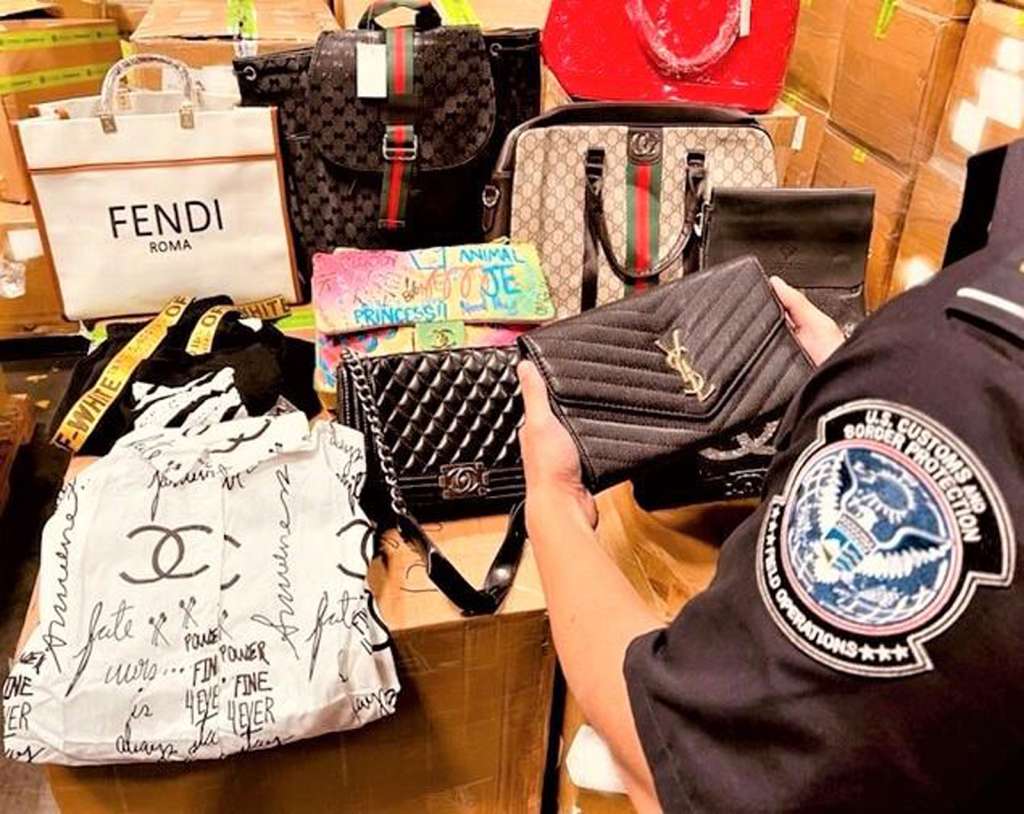 (CNN) — US customs officers have seized a container filled with more than $30 million worth of fake designer bags and clothing at a Los Angeles port ahead of the holiday season, US Customs and Border Protection officials said.

CBP officers found bags, shirts and pants bearing counterfeit logos including Gucci and Louis Vuitton at the Los Angeles Seaport on November 9, the CPB said in a statement released December 2.

The container of 13,586 items had been shipped from China and would have had a combined estimated recommended retail price of $30,437,775, it said.

The CBP said that counterfeit goods had historically been sold in underground outlets and on illegitimate websites.

“The rise of e-commerce offers a haven for criminals who are now able to hide behind seemingly legitimate listings on well-known websites. The sale of counterfeit commodities multiplies the illegal profits of smugglers and traffickers who reinvest the proceeds from such sales into further criminal enterprises,” it said in its statement.

The agency’s Director of Field Operations in Los Angeles, Carlos C. Martel, said that “substantial law enforcement resources” were deployed to keep fake goods out of US supply chains.

Donald R. Kusser, port director of the Los Angeles/Long Beach Seaport, said that counterfeit goods were often poor quality and could be unsafe for consumers.

“Bad actors exploit e-commerce operations by selling counterfeit and unsafe goods through online platforms, particularly during the holiday season when shoppers are looking for deals,” Kusser said in the statement. “If the price of the product seems too good to be true, it probably is.”

In a release in late November, the CBP said that counterfeit products cost the global economy more than $500 billion annually.

“Counterfeit goods are a problem all year long, but the increased demand for gifts, household products, virtual learning tools, and even health products means that the holiday season is an especially busy time for crooks who are looking to make a profit by selling knock off goods to unsuspecting consumers,” it warned.

“This year, due to the global pandemic, supply chain crisis, and shifting shopping habits, millions of consumers are purchasing their holiday gifts and other necessities online.”

In its December release, CPB said that its personnel seized 26,503 shipments containing counterfeit goods worth an estimated $1.3 billion — had they been genuine products — in the 2020 financial year.

The CBP recommended that shoppers purchase directly from trademark holders or authorized retailers and read reviews and check for working phone numbers if shopping online.