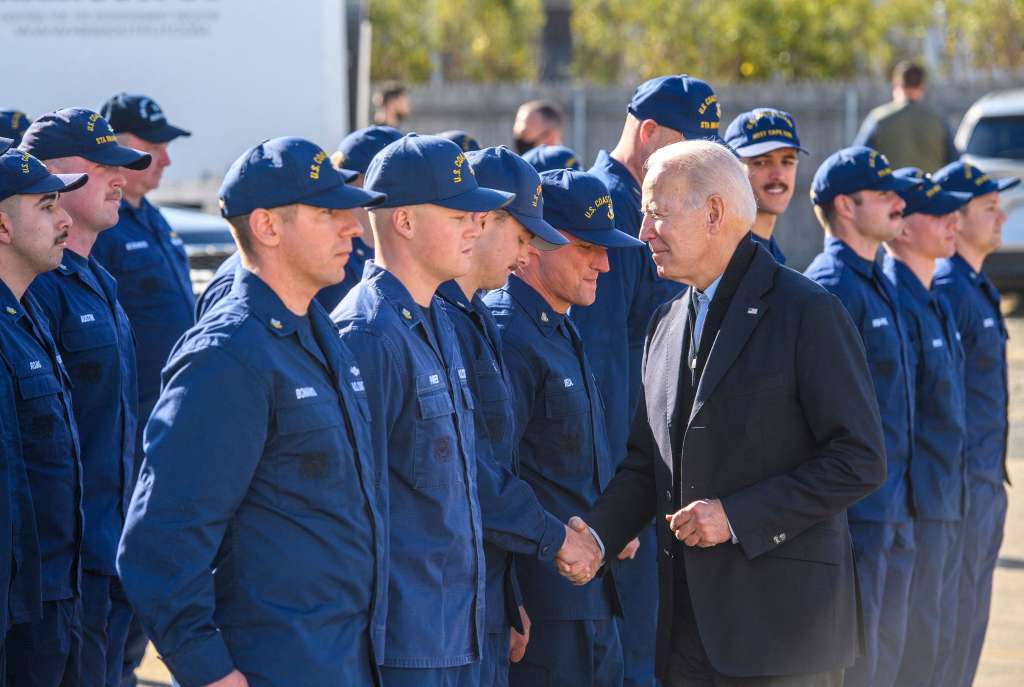 (CNN) — President Joe Biden and first lady Jill Biden stopped by the US Coast Guard Station Brant Point Thursday, meeting with US troops stationed there as well as troops around the world virtually as they expressed their gratitude on the Thanksgiving holiday.

After about an hour inside the Coast Guard station, the Bidens walked outside to greet about 20 servicemembers in uniform, the President wishing them a happy Thanksgiving, handing out challenge coins, and posing for a group photo.

“I’m not joking when I say I’m thankful for these guys, thankful to them, and I mean that from the bottom of my heart,” Biden said.

The Bidens participated in a video call with US troops deployed abroad during their visit.

The Bidens, a White House aide said upon their arrival, would “virtually meet with servicemembers from around the world to thank them for their service and wish them a happy Thanksgiving. The servicemembers meeting the President and the First Lady represent the six branches of the military (Army, Marine Corps, Navy, Air Force, Space Force, and Coast Guard).”

The Biden family, including the President’s children and grandchildren and significant others, are spending the holiday on the island of Nantucket, just off the coast of Massachusetts, a family Thanksgiving tradition for 46 years. They are staying at the waterfront home of billionaire and philanthropist David Rubenstein.

Over the years, the family has been spotted at local holiday events, including participating in Turkey Trots, the town’s Christmas tree lighting ceremony and the Cold Turkey Plunge.

On Friday, the first lady said, they will be going to the town’s annual Christmas tree lighting on Main Street.

“We’re all going together,” she said. “We’ll see you at the tree lighting tomorrow.”

Earlier Thursday, the Bidens released a pre-recorded Thanksgiving message to the American people expressing their gratitude this year.

“This year, the blessings of Thanksgiving are especially meaningful,” the President said.

The first lady added, “After being apart last year, we have a new appreciation for those little moments we can’t plan or replicate.”

Biden also expressed gratitude to the troops and commemorated loss during the pandemic.

“As we gather again, our table and our hearts are full of grace and gratitude for all those we love. And as commander in chief I’m especially grateful to our service members and their families, for their sacrifices to our nation,” he said, adding, “We also keep in our hearts those who we lost, and those who have lost so much. And those who have an empty seat at their kitchen table or their dining room table this year because of this virus or another cruel twist of fate or accident. We pray for them.”

The two also called in to the Macy’s Thanksgiving Day Parade Thursday, telling NBC host Al Roker, “America is back. There’s nothing we’re unable to overcome.”

This story has been updated with additional details.