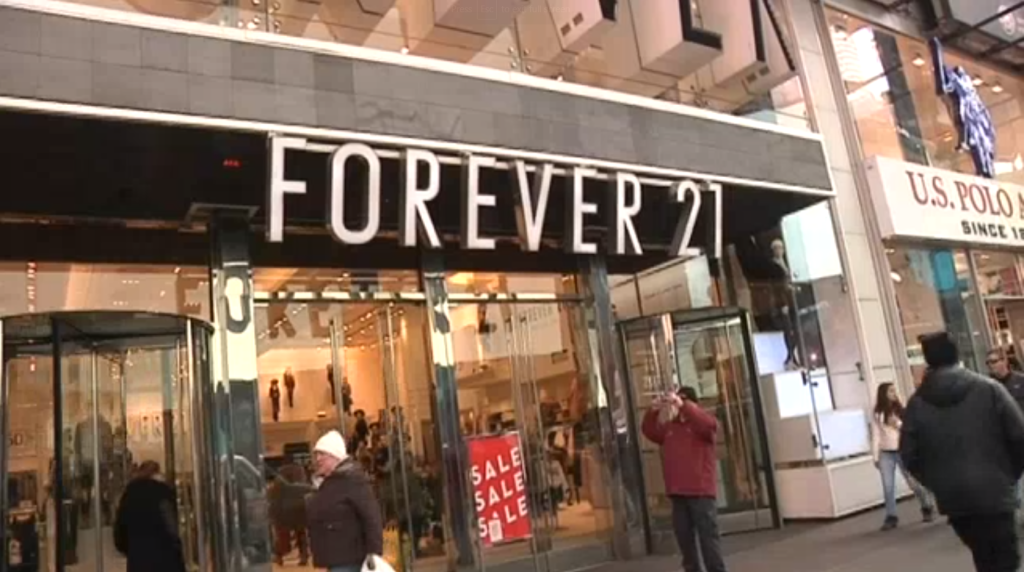 (CNN) — As part of its restructuring after filing for bankruptcy last month, Forever 21 will close 200 stores, leaving the fast-fashion chain with a smaller footprint to help it emerge from Chapter 11.

Burdened by expensive store leases, unprofitable markets and continuing disruption from online shopping, the teenage clothing emporium became the latest casualty in a retail industry that is reeling from store closures and bankruptcies.

Now, the company’s ability to land on its feet and keep its business going while in Chapter 11 is largely at the mercy of its landlords and vendors.

The ability to get out of leases and close stores at lower cost is a key advantage that the bankruptcy process affords retailers. Forever 21 leases almost all its retail stores — it has 549 US stores and 251 in other countries, for a total of 12.2 million total square feet. Its annual occupancy cost is $450 million.

The company has significant support from its landlords with regard to lease structures — both the ones it will be renegotiating to stay in, and others that it will exit — said Jim Van Horn, a bankruptcy lawyer at Barnes & Thornburg LLP, who specializes in retail restructurings.

“That is not typically the norm for retail Chapter 11 bankruptcies,” he said. “For those reasons, I do believe that there is a very good chance that Forever 21 will emerge from bankruptcy.”

In the first half of 2019, more retail stores closed than in all of 2018, according to Coresight Research, making Forever 21 part of an industry trend facing many retailers.

Many Forever 21 stores are in malls, and the decline in mall foot traffic has led to a decrease in sales through what has traditionally been the company’s predominant retail channel.

Despite the company’s efforts to adjust its sales strategy to online sales, Forever 21 remains saddled with excessive floor space from leases entered a decade ago or more ago in unprofitable markets.

Yet many vendors continue to back the retailer. The company has entered into more than 130 vendor support agreements, providing crucial support for the company.

“That’s a critical component of their ability to remain viable and to exit bankruptcy,” said Philip Emma, a senior analyst at Debtwire. “This is the time of year where people are building inventories ahead of the holiday season, so to have this deal in place with vendors is critical to allow them breathing room to get through the fourth quarter.”

Forever 21 can reject any contracts or leases as part of the Chapter 11 process. If a lease is below market value, landlords may welcome ending it to obtain more rent from a financially healthier company.

At the same time, exiting millions of square feet of retail space would put pressure on landlords, who would have to lease as quickly as possible.

“I have to imagine that that would generally speaking be detrimental to landlords,” Van Horn said. It’s a scenario no one wants to happen, he added which is why Forever 21 has been negotiating with its existing landlords to fashion the best win-win scenario possible.

One solution could be to give Forever 21’s two biggest landlords, Simon Property Group Inc. and Brookfield Property Partners LP, a stake in the retail company.

“That could very well be a critical piece of the final resolutions with their landlords going forward,” Van Horn said. “A sharing arrangement could be a very significant win-win outcome for both landlords and the company.”

Forever 21 plans to exit most international markets, including Canada, Europe, and Asia, emerging from bankruptcy as a leaner company focused on a smaller store base in the U.S., Mexico and Latin America.

“They will have a much lower cost structure overall, which will clearly help the bottom line,” said Van Horn,and the remaining stores will likely generate a significantly higher profit than before, he said, leaving Forever 21 with a stronger liquidity structure and financing.

“Nobody can predict what’s going to happen, but they should be on firm footing for at least two or three years,” Van Horn said.