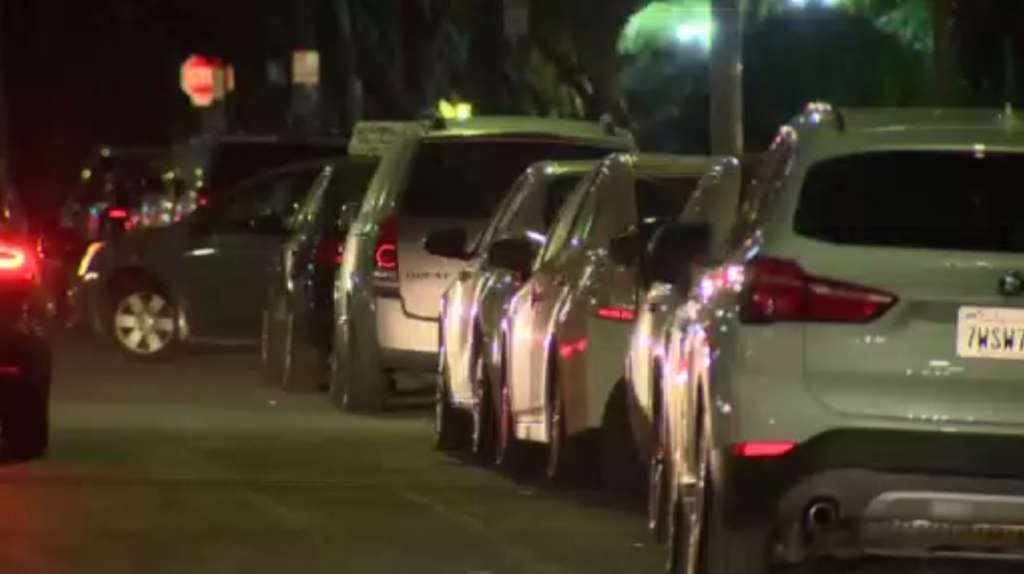 WASHINGTON (AP) — As traffic fatalities spike in the COVID-19 pandemic, the federal agency in charge of auto safety is struggling with a growing backlog of safety rules ordered by Congress that are years overdue and could save thousands of lives.

An Associated Press review of rule-making by the National Highway Traffic Safety Administration under the last three presidents found at least 13 auto safety rules past due, including a rear seat belt reminder requirement passed by Congress in 2012 that was to be implemented by 2015.

David and Wendy Mills wonder whether their 16-year-old daughter would be alive today if the seat belt warning rule had been in place.

Kailee Mills was riding in the back seat of a car to a Halloween party in 2017 just a mile from her house in Spring, Texas, when she unfastened her seat belt to slide next to a friend and take a selfie. Moments later, the driver veered off the road and the car flipped, ejecting her.

She died instantly. Her three friends who remained buckled walked away with minor scrapes.

“Government should not take this long to act on safety,” said David Mills, who started a Houston-area foundation in Kailee’s honor aimed at promoting seat belt safety. The foundation keeps a list, known as “Kailee’s Angels,” of teenagers around the country who died in car crashes after failing to buckle up.

That rear seat belt rule, which it is estimated could save hundreds of lives each year, is now scheduled to start moving through the cumbersome regulatory process in January. The agency has repeatedly missed past deadlines, even those promised in federal court.

The ever-growing rules backlog is one of the biggest tests for the federal agency since its founding in 1970, when public pressure led by safety activist Ralph Nader spurred NHTSA’s mission to “save lives, prevent injuries and reduce economic costs due to road traffic crashes.” Advocates worry that its mission risks getting bogged down under President Joe Biden, at a time of increasing road accidents during the COVID-19 pandemic.

In many cases, the delayed rules are opposed by powerful industries as expensive, outdated or restrictive. Other pending rules have been slowed by bureaucracy or taken a back seat to other priorities. President Donald Trump sidetracked at least four major road safety proposals in development, such as medical evaluations of commercial truck drivers for sleep apnea.

Among the rules awaiting NHTSA’s action is one on side-impact standards for child car seats, originally due in 2014. In July, a group of attorneys general from 17 states and the District of Columbia wrote the Biden administration urging immediate action and calling the delays troubling and unacceptable.

Others would require car manufacturers to maintain records of safety defects for at least 10 years and put into place anti-ejection protection measures for larger buses. Standards for self-adjusting “smart” car headlights, begun in 2018, are incomplete despite car industry support.

“It’s frustrating,” said Jonathan Adkins, executive director of the Governors Highway Safety Association, which represents state highway safety offices and says the crashes are an epidemic. His group has been advocating for rear seat belt reminders since 2015, noting at the time that fewer passengers were buckling up in the back when riding in Uber, Lyft and other for-hire vehicles.

The $1 trillion bipartisan infrastructure bill pending in Congress could add to NHTSA’s docket with its sweeping technological requirements, from new breathalyzer devices to disable a car if a driver is drunk to stiffer standards for reporting safety recalls.

The 600-employee federal agency hasn’t had a permanent leader since 2017. Steven Cliff, a former deputy executive officer at the California Air Resources Board, which regulates auto emissions, is the temporary head.

“We need a NHTSA administrator who is confirmed and has the political ability to get some things done,” Adkins said. “We’re in a bad spot in traffic safety. We’ve got work to do. And we need the administration’s attention.”

NHTSA, a part of the Department of Transportation, declined to comment on the growing backlog. The agency instead released a list of steps it has taken to address auto safety, including recently announced proposed fuel economy standards that Biden has promoted to confront climate change.

The agency points in part to plans to require or set standards for automatic emergency braking systems on new passenger vehicles and heavy trucks, a reversal from the Trump administration, and to move forward on some of the delayed regulations, though it did not offer firm guarantees on timing. NHTSA has pledged to require what it said are rigorous testing standards for autonomous vehicles, and set up a national database to document automated-vehicle crashes.

The Alliance for Auto Innovation, the trade association representing all auto manufacturers but Tesla, declined to comment. But some automakers have made progress on safety issues on their own, including the automatic braking standard and a reminder to check back seats so drivers don’t leave children in hot cars.

An estimated 38,680 people were killed in traffic crashes in 2020, the most since 2007, even though total miles driven dropped at the beginning of the pandemic. In the first three months of 2021, 8,730 people died in motor vehicle traffic crashes, a 10.5% increase from the same period last year.

Last year, over half of all crash fatalities involved unbelted drivers or occupants, the highest level since 2012, according to NHTSA.

Over 800 people die each year in car crashes who were unbelted in the back seat. An analysis of NHTSA’s data by the governors’ group found that wearing seat belts would have saved over half of them.

In recent months, states have moved to boost seat belt use. In Connecticut, for example, Democratic Gov. Ned Lamont signed a law that took effect this month requiring back-seat passengers 16 and older to wear a seat belt. Younger passengers already were required to wear seat belts.

“I can’t say the U.S. regulator of the auto industry is at all on track,” said Cathy Chase, president of Advocates for Highway and Auto Safety. “It’s time for them to move forward.”