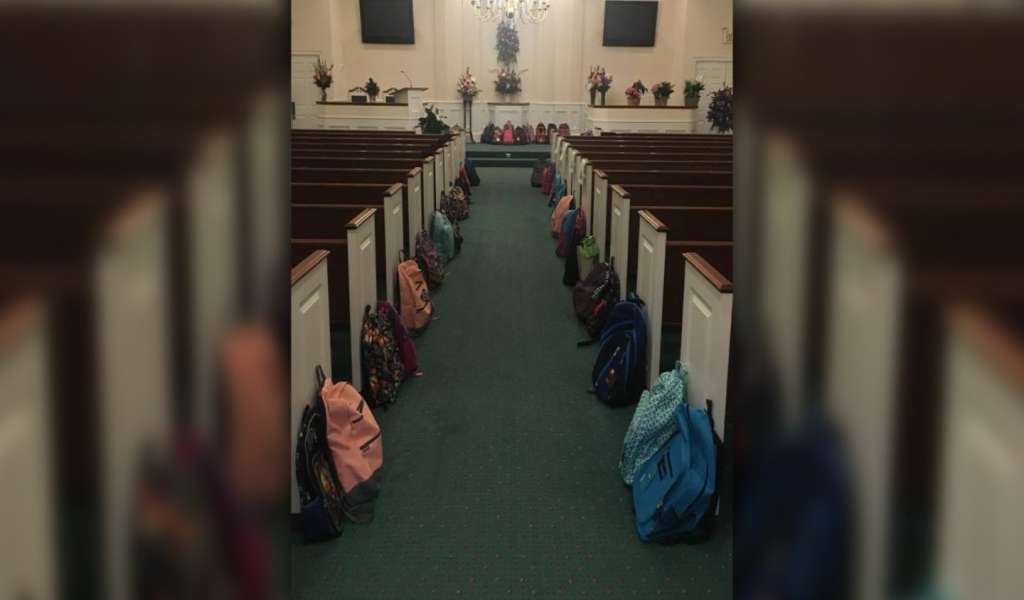 (CNN) — She always referred to her students as “her kids.” So even in death, Tammy Waddell is making sure they’re taken care of.

Waddell, a teacher in Forsyth County, Georgia, lost a battle with colon cancer earlier this month. Two weeks before she died, she told her son that she didn’t want flowers at her funeral.

Instead, she wanted people to bring backpacks full of school supplies for needy students.

“This was just the kind of teacher she was, and this is a reflection of her heart. She was a teacher first, all the way,” her cousin Brad Johnson told CNN.

Johnson shared the photos taken at her funeral by McDonald and Son Funeral Home and Crematory.

One of the photos shows church pews lined with dozens of backpacks, donated by friends, colleagues and loved ones honoring her wish.

“That day we received roughly about 130 backpacks filled with school supplies — anything a student would need for at least half of the school year — and they continue to come in,” Paul Holbrook, a spokesman for the funeral home, told CNN.

Another photo shows dozens of educators who had taught with Waddell, lined up with backpacks to be delivered to children in need.

“She had about 100 teachers as honorary pallbearers who carried the backpacks out and back to their schools,” Johnson said. “It was heartwarming.”

Waddell, 58, had previously beat colon cancer, but last August she was diagnosed again. This time, doctors said she didn’t have long to live.

So after 25 years as an elementary school teacher for Forsyth County, she retired from the district.

However, even in death she continues to serve.

Since sharing the photos, Johnson said he was contacted by Tes Resources, a non-profit organization that helps teachers around the world.

The nonprofit decided to honor Waddell with a donation of thousands of school supplies for Forsyth County students, Johnson said.